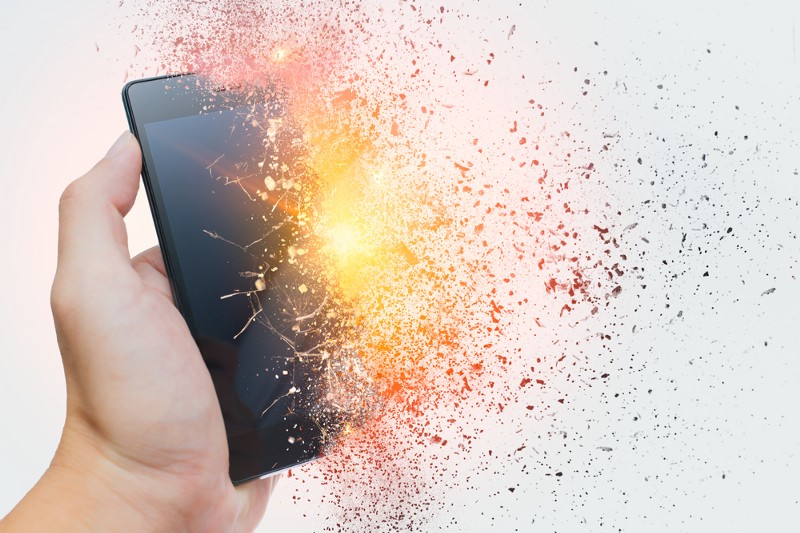 Some are sad that 2016 is coming to an end. It feels in many ways like it just got started. These five brands, however, cannot wait for the new year. They’ve all faced significant challenges in 2016, whether it be scandals, layoffs, or exploding phones (pretty sure you might be able to guess which brand I’m referring to on that last one). Here’s a look at five brands that took a major beating in 2016.

Samsung had an explosive year. Now that the smoke has cleared, we’re left with the ashes of a brand — okay, things aren’t that dire, but I couldn’t resist a few puns, as you’ll see throughout this article.

Samsung dealt with not just one, but two exploding (literally this time) products in 2016. First, the Galaxy Note 7 was found defective, followed by a line of washing machines. Most recently, another line of phones in France, the Galaxy J5, is also reportedly catching fire. The brand is in desperate need of a good 2016, and a successful launch of the Note 8. If not, they’ll be driving more and more customers into the hands of the competition.

At the end of last year and into the beginning of 2016, 21 people fell ill from eating at Chipotle. A serious E. Coli outbreak rocked the restaurant, with the culprit believed to come from unclean produce and Australian beef. In a mad dash to fix the problem and offer consumers confidence in their product, Chipotle announced in February that they would be closing 2,000 stores temporarily to update employees on new food safety measures.

The FDA has since given Chipotle the all-clear, but the stock price, and consumer confidence, are still down. The brand has recently introduced a new chorizo offering, but that hasn’t solved their problems. They’re now facing major labor unrest, with nearly 10,000 workers suing the company over unpaid wages. Only time will tell if 2017 is mild, medium, or hot for one of the biggest casual-dining restaurant chains in America.

CEO Marissa Mayer has faced numerous challenges during her time at Yahoo — searching for a potential suitor was just one of them. In July, it was announced that Yahoo’s 21 years as an independent company were over. They sold to Verizon for $4.8 billion, after a long sales process that was one of the most talked about acquisitions of the year.

As ad sales declined, so too did the value of the company. It’s worth noting that in 2008, Microsoft was willing to pay $45 billion for Yahoo — an offer that was rebuffed by co-founder Jerry Yang. Hopefully 2017 will allow Yahoo to find the revenues they’re searching for.

Nailed it. Twitter announced they were letting go of 8% of their workforce at the end of last year, in an attempt to reorganize and become profitable. The company has seen slow growth throughout 2016, both in terms of user acquisition and revenue. They’ve also had plenty of executive turnover, and seriously discussed selling the company in the middle of the year. After the company was unable to find any suitors in Disney, Salesforce, or Google, shares fell 27% in just a two week period. Trading at well below their IPO price has left a sour taste in many employee’s mouths, with just 54% of workers surveyed on Glassdoor reporting a positive outlook for the company.

While the year was bleak, some (including myself) still believe the company could find the right suitor and sell in 2017. Tweet me your thoughts.

Wells Fargo didn’t go far in 2016. Rocked with scandal, the brand took a major hit that led to the resignation of CEO John Stumpf on October 12. Employees were opening unauthorized accounts to reach unrealistic sales goals, tactics that were acknowledged to have been in place for at least the past 5 years. As many as 2 million fake accounts had been opened since 2011, and the Justice Department opened an investigation that led to the word-lasing of Stumpf in both the Senate and the House. Wells Fargo’s stock price has recovered since the scandal first broke — but the company has acknowledged that their consumer business has “taken a hit.”

There’s little doubt that consumer confidence is down. You can bank on that.

What brands do you think took a beating in 2016? Let me know in the comments section below. Extra points if you can sneak in a pun.

Maximizing your CRM with Salesforce Data Loader and More