Home Advertising A Great Idea Doesn’t Care Who Has It 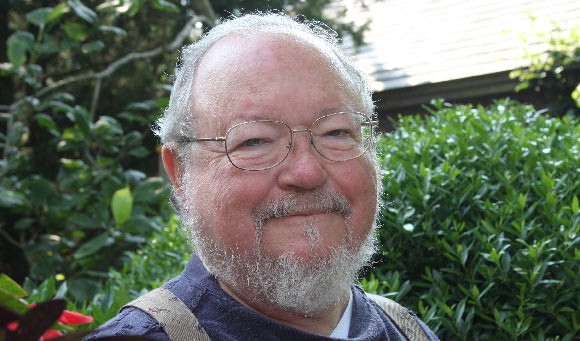 According to Jodie Foster, Silence Of The Lambs heroine Clarice Starling emerges victorious because of “her emotionality, [her] intuition, her frailty and vulnerability.”

“It is rare, in other words, for us to encounter a heroine who succeeds not in spite of the fact that she is a woman, but because of it.”

More than 25 years after book and film were first released, the character of Agent Starling still stands head and shoulders above most modern fictional female protagonists.

Foster, who won an Oscar for her portrayal of the young FBI agent sent to pick the murky, labyrinthine brain of a heinous psychopath, called the part one of the only times she’d ever seen a female hero who wasn’t “a female-steroid version of Arnold Schwarzenegger.”

That psychopath, Hannibal “The Cannibal” Lecter, is the other voice in a fictional duet unparalleled in the thriller genre. Much more than just the yin to her yang, Dr. Lecter is a fictional man-beast so scary nobody would be surprised to hear that he single-handedly caused a global uptick in electricity usage post 1988 from the amount of bedside lights kept on all night by those ‘enjoying’ the book.

As a career adperson, why does the above so fascinate me?

Well, there’s a belief among marketing thought-leaders that the constitution of the US ad agency industry does not anywhere near adequately reflect the consumer landscape and therefore how can ad agencies create work that will resonate with that landscape.

It’s a stunningly wrongheaded belief. (Although I can understand how, after endless meetings with young middle-class presentable dull young men and their drab ideas, marketers might arrive there.)

Specifically, it underlines the extent to which creativity and its mastery has plummeted in importance among marketers: they clearly have zero interest in understanding what creativity actually is.

Only a schizophrenic young woman with knowledge of police procedure whose alter ego was an expert in psychiatry could possibly have written Silence Of The Lambs, according to the above (dumb) belief.

It’s impossible to come up with a less promising background and orientation for someone behind perhaps as sensitively-drawn a female protagonist as we’ve seen in recent decades.

But, despite the spectacularly unpromising packaging, Harris possesses something that has been trampled to death and left at the back of the queue of modern marketing importance by data, big data, data analysis, programmatic this and that, etc etc.

If you are a marketer increasingly worried by the complexity of the marketplace, increasingly frustrated by diminishing returns, increasingly underwhelmed by the dull-as-ditchwater, data-deluged creative ‘solutions’ being presented to you, put aside the data for a moment, turn to the Goodreads site and look for quotes about imagination.

Just a few should set you straight about what’s most important in the stories you tell your customers.

“Yes: I am a dreamer. For a dreamer is one who can only find his way by moonlight, and his punishment is that he sees the dawn before the rest of the world,” said Oscar Wilde.

“There are painters who transform the sun to a yellow spot, but there are others who, with the help of their art and their intelligence, transform a yellow spot to sun,” said Pablo Picasso.

As ever, I have the tv, Apple tv and two computer screens running live as I work. It is already 2.15pm and I am yet to see an item of marketing communications that is anything but a yellow spot.

Why? Because the left-brain number-crunchers have almost completed their take-over of the marketing universe.

Such is their will and power that they’ve even manipulated some of the brightest and best in marketing and advertising to see the ‘imagination drain’ as a diversity issue.

Thomas Harris and the hundreds of others like him — like Pablo Picasso who completed the world’s most highly-priced painting in his fifties — prove that skin color, age, creed, sex, sexual or cultural or political or digital orientation are nothing more than packaging details when it comes to creative brilliance.

Thomas Harris’s genius is the personification of the phrase, “A great idea doesn’t care who has it.”

Such is the completely and utterly neutral, even-handed and nondiscriminatory nature of creative brilliance.

Demanding any one of the above personal criteria over any other (or excluding any from consideration) is just plain, 100% dumb (as well as 100% immoral).

There are only two even vaguely effective methods for finding creatively brilliant people: 1) search among those with a record for creative brilliance; 2) cast your net as wide as you possibly can.

You of all people, a marketer or marketing services professional, should never ever be fooled by mere packaging.

What Marketers Need to Know About Millennials and Print