Home Advertising Anticipating 2017 for the press in India 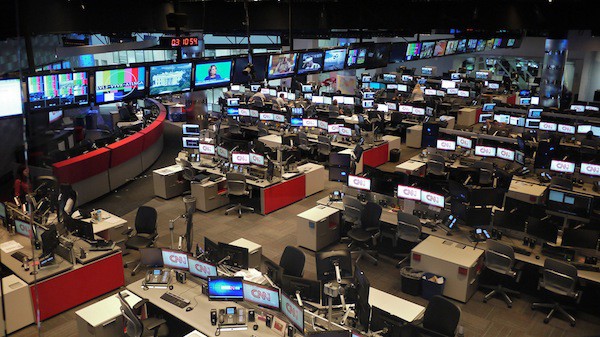 2017 will see the press fighting for relevance in India. As more Indians are forced online for making and receiving payments, digital media too will see a sharp growth as people create and consume more content in 2017 in India. We will see a renewed and aggressive focus on audience acquisition. While this is good news for digital media companies, things will play out a little different for the English-language press in India.

Digital audience requires creating and distributing more digital content. As newsrooms focus more on digital content, local and beat reporting, and research, editing, photo and design desks will take a hit. Newsrooms will see younger (and cheaper) content producers, curators and aggregators. In December, The Telegraph announced to its employees job cuts looming at the horizon and HT Media announced restructuring and cost optimisation in September this year.

With the explosion in the number of Indians who log on the Internet, news publishers will train their guns at acquiring them. Audience development — figuring out where the audience comes from, what, when and where it consumes, engaging with it, finding its preferences, converting it into loyal audience, etc. — as a result, will take a back seat for gathering bigger, fly-by-night audiences.

This is a no brainer. Audience doesn’t want ads. Use of ad blocking software is rising. And publishers are pushing for more subscription in exchange for ad free environments. News publishers, for nearly two centuries, have depended on ads to subsidise the cost of publishing news. That model is almost broken. All that stands in between are video and native ads. This year, video curation platforms such as YouTube and Snapchat changed the rules of revenue sharing. Facebook still doesn’t have a revenue sharing model for video. As more websites move away from intrusive display ads, native ad space, currently the most profitable space, will crowd in 2017. And margins will fall. In fact, 2017 is already being seen as the year of zero-margin agencies.

4. Increased focus on reporting and distribution

The increased focus on audience acquisition will lead to higher spending on distribution and reporting. Newsrooms in 2017 will find merit in news aggregation and curation to acquire bigger audiences. And to break the sameness across different websites, more resources will be spent on original reporting. Although, in terms of volumes there will be fewer reported stories than aggregated and curated stories. This will also lead to newsrooms focusing more on distribution in the form of Facebook ads, recirulating content on websites, content sharing agreements with ISPs and other websites, and getting on curated news apps.

If referral traffic trends of 2016 are anything to go by, we will see further reduction in referral traffic from Facebook and Google. The traffic story of 2016 was Facebook driving higher external traffic to websites than Google. But tweaks to Facebook’s newsfeed algorithm saw a dip in referral traffic. The renewed algorithm, being tested in the US to weed out fake news, focuses on engagement. According to Facebook, higher engagement is an indication of a news source being authentic. Although, publicly available data suggest otherwise. Fake news stories have higher rates of engagement and click through than authentic news.

The reduction in referral traffic will create a incentive and push news publishers to publish more clickbait and unverified information. Therefore strengthening the network and effect of fake news, and bubbles. Majority fake news in India is circulated on Whatsapp. If 2016 was the year of fake news and rumors, 2017 will see the mainstreaming of Whatsapp rumors, government press releases and propaganda to generate revenue. The last quarter of 2016, immediately after India demonetised nearly 86% of its currency in circulation, the press in India picked up whatsapp rumors and circulated it as news. Rumors, picked up by the press in India, included the new currency containing nano-chips to the Indian national anthem being awarded international awards. More on this later.

With the diminishing value of display ads, websites are becoming smaller sources of revenue. More small and mid-sized newsrooms in 2017 will focus on producing social-only content, such as live and curated videos, native formats, in the hopes of monetising that content someday. The actual realisation of that revenue, as we have seen with Facebook ads will be slow and, in fact, might never really happen. Snapchat’s decision to stop sharing ad revenue with publishers is instructive in predicting how the revenue sharing mechanism between publishers and social platforms will shape in 2017.

Another no brainer. Fewer people now consume content on desktop than mobile. And the trend will spill over to 2017.

As more Indians log on to the Internet using their mobiles in 2017, traditional news publishers will see erosion of trust. Globally, trust in democratic institutions and the press is at its lowest historically. The same applies to India.

The press in India has been at loggerheads with the country’s populist prime minister. Despite its many assaults, it has been unable to dent Narendra Modi’s popularity. An army of of trolls, bots, developers and ICT experts helps him manipulate public opinion and flow of information. He does not interact with the media. Instead, he addresses India directly using social media, television and radio. His office and the government issue endless misleading press releases, lies and propaganda.

The English press in India is fighting an information war against a sophisticated and technologically advanced government propaganda machinery. And is unlikely to win the war unless it unites, something the Indian press is not known for.

As the government and its ideological parts begin publishing more misinformation and propaganda on the Internet, bypassing the press and directly interacting with the people, more people will question the press’s version of event. Unlike the government, which is now playing with the rhetoric of transparency, the press in India takes pride in its opaque ways and exclusive access.

Increase in newer and shorter formats such as fact checks and video. More experimentation. Better adoption of technology in newsrooms. But none of this copypasta from the west will help alleviate the failing business and influence of the press.

The medium is data and the message is the Internet. Those winning the Internet — politicians, scammers, platform and technology owners, and trolls etc. — know it and they use formats and forms optimised for data. It is unlikely that the press in India, which is focused on content and analysing content, is going to realise and make amends soon.

The Dominance of Google and Facebook in One Chart