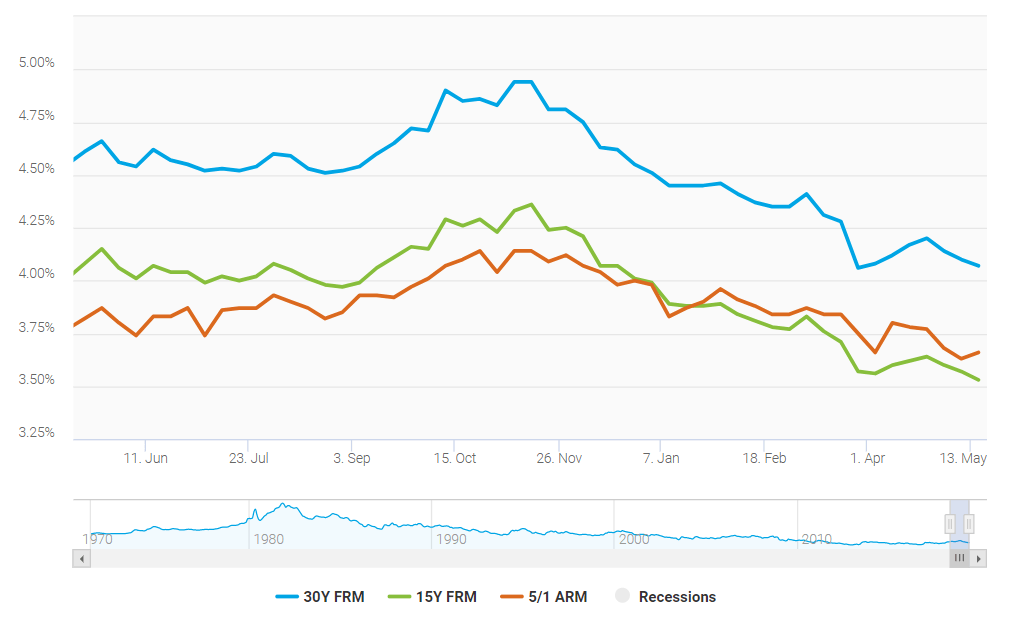 By CCN: The Dow and broader U.S. stock market returned to strength on Tuesday after the Commerce Department temporarily rolled back trade restrictions against Huawei, the Chinese telecommunications giant. But beneath the surface, the U.S. economy is showing signs of persistent weakness that could come back to haunt the bull market.

Following back-to-back declines, the U.S. stock market was back on the offensive Tuesday, mirroring a strong pre-market for Dow futures. All three major indexes reported gains, with the Dow Jones Industrial Average climbing 203 points, or 0.8%, to 25,883.68.

The broad S&P 500 Index of large-cap stocks gained 1% to 2,868.51. Ten of 11 primary sectors reported gains, with materials and information technology leading the way.

A strong performance in the technology sector catapulted the Nasdaq Composite Index to significant gains. The technology-focused benchmark climbed 1.3% to 7,803.82.

Home re-sales, which account for the lion’s share of the domestic real estate market, declined 0.4% in April to a seasonally adjusted annual rate of 5.19 million, the National Association of Realtors (NAR) reported Tuesday. Analysts in a median estimate called for home sales to climb 2.7%.

The housing market has been a perennial under-performer during the Trump era, as rising home costs have outpaced a surging labor market and higher wages. What’s most troubling about the April slowdown was that homebuyers don’t seem to be benefiting from declining mortgage rates.

As the following chart illustrates, fixed-rate mortgages across all time periods have declined substantially since November, which was just before the Federal Reserve initiated its fourth interest rate hike of 2018:

The Federal Reserve’s benchmark interest rate impacts mortgage costs indirectly as banks and other lenders pass on the higher cost of borrowing to consumers.

The U.S. central bank has all but abandoned its plan for additional rate hikes following the December flash crash in U.S. equities. A two-speed economic recovery, as evidenced by the recent drop in industrial production and consumer spending, is also keeping policymakers on the sidelines for now.