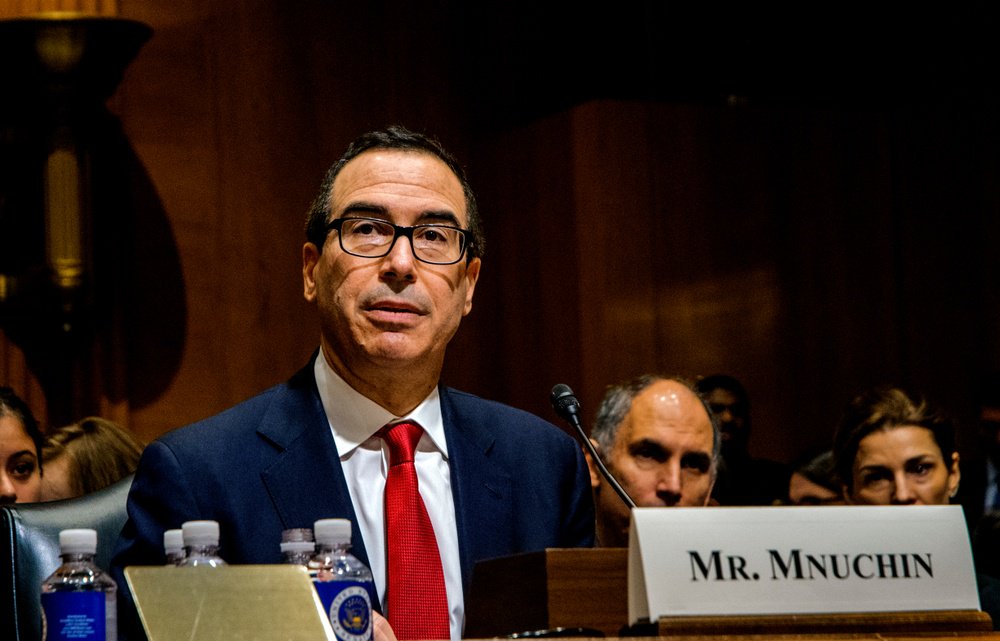 By CCN: The Dow and broader U.S. stock market erased early losses Wednesday amid reports that the Trump administration was planning to send an envoy to Beijing to resume high-stakes trade negotiations.

All of Wall Street’s major indexes turned positive in afternoon trading, erasing a volatile pre-market for Dow futures. The Dow Jones Industrial Average gained 180 points, or 0.7%, to 25,172.97. The blue-chip index was down by as much as 91 points earlier in the day.

The broad S&P 500 Index of large-cap stocks climbed 0.8% to 2,856.48. Most of the 11 primary sectors reported gains, though communication services and information technology were by far the best performers. The sectors rose by at least 1.3% on Wednesday.

Steven Mnuchin revealed that U.S.-China trade negotiations will kick back into gear in the near future. | Source: Shutterstock

Testifying before a Senate Appropriations subcommittee Wednesday, Mnuchin said the White House will likely send a trade envoy to Beijing to restart negotiations. The news comes less than a day after President Trump’s top trade adviser said talks with China have reached “a complete stalemate.”

Mnuchin confirmed Wednesday that China did in fact renege on a “historic agreement” that would have been good for both countries. Chinese officials reportedly scrapped a previous agreement to change industrial policy so that American companies operating in China wouldn’t have to hand over intellectual property. A slew of other issues were also identified by U.S. negotiators after China sent over a marked-up copy of the draft text.