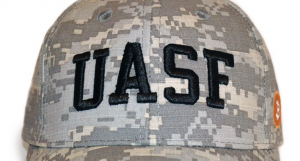 Over the past six months, the bitcoin scaling debate has been going on relentlessly as many cryptocurrency proponents are trying to figure the best solution to improve the network’s fees and transaction throughput. There have been many ideas brought to the table, but this summer there are some specific plans that all bitcoin holders should keep on their radar.

The block size debate has been going on since Satoshi Nakamoto put a 1MB limit on blocks in 2010, which only allows for a certain amount of transactions per block. More recently the ‘community’ has been divided talking about a variety of ideas that could help blocks hold more transactions as bitcoin becomes increasingly more popular.

One of the ideas right now is Segregated Witness (Segwit), a soft fork protocol designed to remove witness data from transactions which theoretically will add more space for additional transactions. Then the other side of the community wants to implement a hard fork that would change the 1MB block size limit to either 2MB, 4MB, 8MB, or even unlimited block space.

For a long time now Bitcoin proponents have yet to implement any of these plans. There has been a stalemate for quite some time between businesses, users, miners, and many individuals involved in the bitcoin economy. Now certain members of the bitcoin community seem to be moving a lot closer to attempts towards activating their plans on the bitcoin network.

USAF or BIP 148 stands for a “user activated soft fork,” which is an idea that proposes full nodes can activate Segwit on the bitcoin network. The concept was first introduced in February by an anonymous pseudonym named Shaolinfry. The creator of UASF believes Segwit can be implemented on the network by utilizing the vote of full nodes similar to the P2SH soft fork (BIP16) that took place in the past. However, BIP 148 is a fork that will also require miners to deploy the existing Segwit protocol.

“‘Flag Day’ — Prior to August 1st, 2017, miners should either; update their node software to a BIP148-enforcing version; or run a BIP148 border node to filter out invalid blocks, and update their existing mining software to produce blocks with version 1 bit enabled, to vote for Segwit activation,” explains the UASF Working Group website.

On forums and social media, there seems to be a good following of people who support the UASF movement, while others would disagree and say there isn’t much BIP 148 support at all. As far as node count is concerned, there are 918 nodes signaling BIP 148 out of 7441 total full bitcoin nodes at the time of writing. The UASF Working Group website and many others within the community have also admitted to the fact that UASF can split the bitcoin blockchain.

Due to this concern on June 15 the ASIC manufacturer and mining pool operator, Bitmain announced a protection plan for this event. The Beijing-based company revealed its UAHF contingency plan (user activated hard fork) because the company believes “the UASF chain presents a risk of the original chain being wiped out.” Bitmain believes a UASF poses a threat to the network and will support a defensive hard fork and are also producing replay protection software. The company states it will have software built for this contingency plan by the end of this month.

“Currently, there are at least three client development teams working on the code of the spec,” explains Bitmain. “All of them want to stay quiet and away from the propaganda and troll army of certain companies. They will announce themselves when they feel ready for it. Users will be able to install the software and decide whether to join the UAHF. The software is expected to be ready before July 1st, and it will be live on testnet by then.”

We wish that New York agreement will be developed and carried out well. It is the last hope for Bitcoin to scale unitedly in the face of the BIP 148 threat. We will try our best to deploy and activate it as soon as possible.

The next plan on the horizon is called Segwit2x, an idea that mixes Segwit with a 2MB hard fork. Segwit2x was originally designed by Sergio Demian Lerner of Rootstock and has evolved into a pact made at the Consensus Conference — Otherwise known as the “New York Agreement.” The covenant was announced by Barry Silbert’s Digital Currency Group which said 58 bitcoin-based companies backed the plan alongside 83 percent of the network hashrate as well.

Since then a working group has been building on the project led by bitcoin developer and Bloq CEO, Jeff Garzik. The group released the alpha code for Segwit2x on June 16, and since then a vast majority of pool operators have started signaling support for the protocol upgrade. Segwit2x scaling is currently being signaled by mining pools such as Bixin, BTC.top, F2pool, 1hash, Viabtc, BW.com, Bitclub, Antpool, BTCC, and others. Furthermore, the Segwit2x working group has also been working to make certain parts of the UASF compatible with its plan.

As of right now the signals mostly show ‘intent to support’ the protocol, in the end, eighty percent of the hashrate must signal bit 4 which essentially will lock in BIP 91. If this happens, they must continue the support through 336 blocks in order to activate Segwit. Then a 2MB hard fork following a similar process 12,960 blocks later (3 months) is planned to follow.

“The prediction is that miners activate rapidly. Therefore, block 485218 becomes the hard fork point. “+3 months” is the fallback safety measure, in case activation is slower than predicted,” explains Jeff Garzik.

No One Can Predict The Outcome of These Events

People right now including the developers of these plans cannot predict the exact results of these planned events. UASF supporters hope the majority hashrate will follow their lead creating a snowball effect towards what they believe will be the prominent chain. Others are skeptical of Segwit2x and think that if Segwit is activated the other half of the bargain will not be fulfilled. There are also those who vehemently oppose both of these ideas for one reason or another.

Both of these plans may or may not happen but are planned by supporters to take place over the course of the next three months. If they do happen, ordinary users should know that if they hold their own private keys in a non-custodial wallet, they don’t need to do anything. Those holding money on trading platforms will have to deal with the exchange’s decisions.

What do you think about the scaling plans slated to happen over the next few months? Let us know in the comments below.

Bitcoin – Russian Presidential Candidate: ‘We Will Legalize Bitcoin and Other...