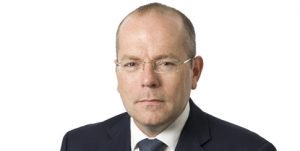 A high ranking UK regulator recently warned people about the pitfalls and perils of bitcoin investing. Chris Woolard, The Financial Conduct Authority’s executive director of strategy and competition, said there are many trades happening in the cryptocurrency and bitcoin space. He just wants investors to know there are risks with speculating in digital assets, that people could lose a lot of money.

A Financial London News article elaborated on Woolard’s considerations, saying, “Digital currencies are volatile. Bitcoin hit an all-time high of almost $3,000 this month, with some analysts saying its value could continue to soar. But in June last year, bitcoin was worth less than a third of this figure.” The article continued by claiming Woolard just wants to shield people, because they may believe digital assets are protected financial instruments, when they are not.

Apparently, this announcement from Woolard and the Financial Conduct Authority came right after Hargreaves Lansdown launched two exchange-traded notes. The notes provide a way for investors to keep a bead on bitcoin’s price, but it does not appear to allow for trading options.

Even though the supermarket Hargreaves Lansdown has not currently listed options for bitcoin, Woolard and the Financial Conduct Authority does not harbor negative attitudes toward cryptocurrencies. They do not want to outright ban them or make hasty decisions. They just want people to know these digital assets could be a volatile and untrustworthy investment. Woolard said:

We don’t prohibit regulated firms from engaging in digital currency trading, nor do we prohibit banks from offering banking services to deal with currency firms that use [blockchain]. I am not saying that we view digital currencies as an inherently bad thing… but we do have to exercise a degree of caution

The regulator has concerns about blockchain technology and cryptocurrency, but he is going easy on them compared to other regulators. For instance, Australia’s Opposition Leader, Bill Shorten, wants to regulate bitcoin and cryptocurrency out of existence because it allegedly fuels terrorism. The United States also has hamstringing legislation in the works, meant to cripple people’s use of bitcoin. This is reflected in senate bill 1241, which may expect citizens crossing borders to declare digital assets over 10k, among other, more authoritarian clauses.

Times are Changing: The New Cryptoeconomy

These kinds of regulatory 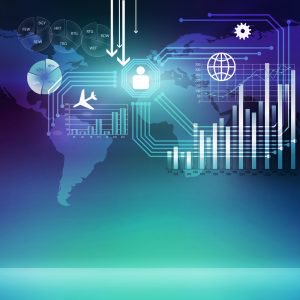 initiatives may or may not come as a shock to the bitcoin community, but the fact regulators are becoming more interested in cryptocurrencies should be noted. As soon as Japan made bitcoin an accepted currency, and the price surged, regulators began to wake up.

Now they are shooting from the hip with commentary, considerations, advice, and plans to regulate and control cryptocurrencies. It cannot be known how these attempts to control bitcoin and other digital assets will pan out, but it is certainly true time is changing in regards to how society-at-large will try to manage the newly emerging cryptoeconomy.

Do you think regulations will negatively impact bitcoin and other cryptocurrencies? Will regulators ultimately fail? Let us know in the comments below.

Do you want to talk about bitcoin in a comfortable (and censorship-free) environment? Check out the Bitcoin.com Forums — all the big players in Bitcoin have posted there, and we welcome all opinions.