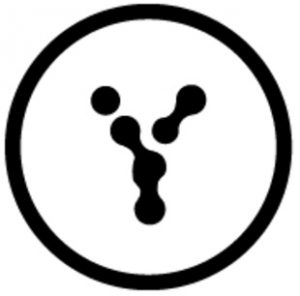 Yours.network is finally launching, but with a twist. CEO Ryan X Charles has also announced on Thursday that Yours is switching to Litecoin.

Yours Planning to Launch on May 30

“Yours is like Medium with a pay wall,” Charles describes his product. He has been on a mission to improve the quality of online content and believes it could best be achieved by allowing creators and curators to be paid directly from customers without subscriptions or third party advertisements.

The platform has long been hailed a possible Bitcoin “killer app” and as a Bitcoin alternative to Steemit. However, Bitcoin’s scaling bottleneck has made Yours impractical, and Charles announced on Thursday that he has switched from using bitcoin to using litecoin within Yours’ entire economy.

Moving to Litecoin also allows Yours to launch sooner, since Charles has repeatedly said he has been waiting for Bitcoin scaling problems to subside before Yours can be a viable business. He announced on Thursday:

We have launched an invite-only preview and are planning the full launch on May 30. 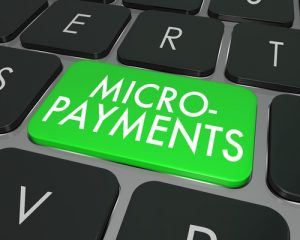 For a long time, Charles has faced the challenge of making micropayments viable. The traditional method of making a payment has never been viable for small transactions. “We can’t just use Stripe,” he explained, citing Stripe’s high fees of about 30 cents or higher. “This means a one cent payment to a creator would cost 31 cents and 97% of the money would go to Stripe,” he added.

That’s why he spent over six months developing a Bitcoin micropayment solution. “Our solution is like the Lightning Network, but is not dependent on Segwit [Segregated Witness],” he detailed, adding that “the marginal cost of a transaction on our network is zero, allowing genuine micropayments of one cent or lower.”

Then in May, he announced that Yours became the first and the only platform to date to “demonstrate a working routed micropayment on Bitcoin.”

Over the past year, Charles has observed the change in Bitcoin. He described:

Demand for bitcoin transactions has increased and the maximum block size has remained arbitrarily limited to one megabyte. So transactions have to compete to get into a block. This has resulted in an increase in the cost for on-chain transaction fees from about five cents to about one dollar. That’s a 20-fold increase in just one year. 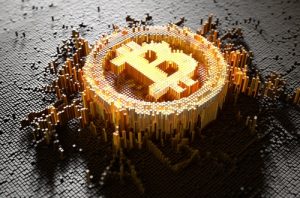 He continued to point out what the cost of dealing with Bitcoin’s transaction fees and delays would specifically do to his system. This has made the whole platform unworkable, despite all the hard work he has put into developing the micropayments solution for Bitcoin. Just for users to add funds to their Yours account, which still creates an on-chain transaction, is already too expensive. “Given average transaction sizes on our system, this costs about $3,” he claimed. “This means a consumer can’t just put $1 onto the system, because that would not even cover the cost of the bitcoin transaction fees.”

Further arguing that the economics of the situation using Bitcoin is simply unworkable, Charles added that, like with Stripe and Paypal, Bitcoin’s fees will still be in the range of 30% as long as the scaling problems exist, assuming they stop rising. He stated:

That is uncomfortably high for a consumer product intended to reach a wide audience with a low barrier to entry.

No Choice but to Switch to Litecoin

Given the aforementioned challenges, he felt that his hand was forced to explore alternative options. He said:

We have had no choice but to investigate switching to an altcoin before launch.

On Thursday morning, Charles noticed that the Litecore library, a developer’s set of tools to help the Litecoin network interface with third-party applications, had recently been updated. Prior to Segwit activation, the library did not include support for his lightning network transactions, Charles noted. He subsequently posted on the Yours blog about switching to Litecoin, as well as tweeting and posting on the Litecoin community on Reddit to announce his decision.

Prior to switching to Litecoin, Charles also investigated Ethereum but found its technology to be too different from Bitcoin for Yours to switch to. Litecoin, however, “has a large economy and our technology works on Litecoin with almost no changes,” he explained, adding that he has started migrating Yours infrastructure from Bitcoin to Litecoin.

He also conveyed that transaction fees are only a few cents on Litecoin, so users can load $1 onto Yours and only pay negligible fees. “This is a radically lower barrier to entry compared to $100 for bitcoin,” he said, adding that “litecoin is one hundred times better for our application today than bitcoin.”

However, he cautioned that “long-term, Litecoin will have the same problem as Bitcoin because it too has a limited block size.” That is why he plans to help with the research and development of both chains to facilitate on-chain and off-chain scaling.

Litecoin has recently implemented both Segwit and Lightning, and now Yours moving to Litecoin is the sign of a business embracing Lee’s vision:

With Segwit and Bitcoin’s current block scaling deadlock, I see a potential for Litecoin to help Bitcoin break through this deadlock. Litecoin can take a lead and be a positive force in the cryptocurrency space. We have been drafting behind the Bitcoin race car for many years. It’s about time to take a turn out front.

What do you think of Yours switching to Litecoin to launch? Let us know in the comments section below.