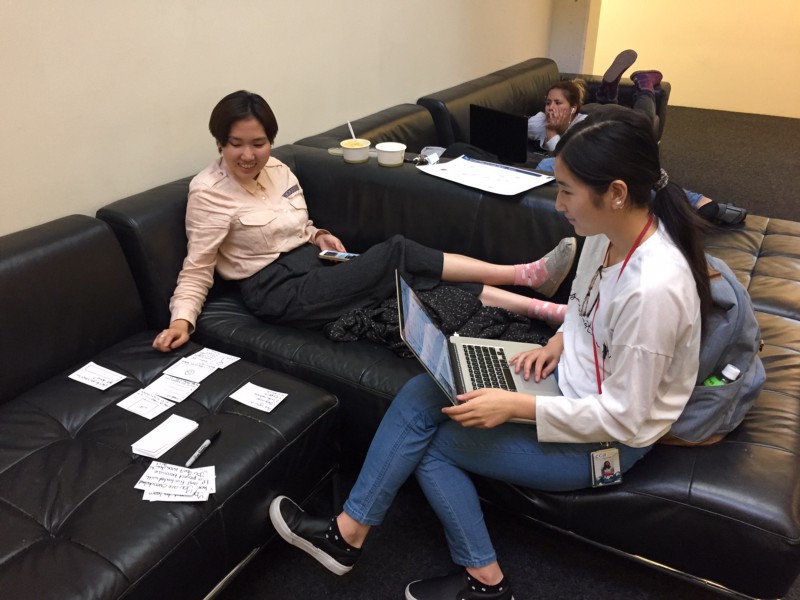 Week five was full of uncertainty and research. We had narrowed down our ideas, but we were still uncertain of which idea to choose from. Christina Wodtke told us to move forward and eliminate the idea that was holding us back (the creative founder game), but one of our team members was really interested in that idea, so we all decided to give him the benefit of the doubt and do more research on it.

We got outside of the classroom and decided to test our ideas while talking to people. We split into two teams and set up a table to talk to as many people as we could. We put together a card sorting exercise as a prototype for one of the ideas to see what people were more interested in when it comes to learning new skills. The other team was supposed to join us at the table once they were done with the game prototype, but they never did. It started to become even more clear that we needed to move on and kill the game idea.

It became very clear that the idea of the “game” was holding us back and we didn’t know how to deal with it. As the leader of the team, I just wanted to shut the idea down and move on, but I did not want to hurt anyone’s feelings since it was a new team and we needed to build trust and empathy. I didn’t want to deal with any hard feelings during the first few weeks. I made this decision and knew that it would affect the team moving forward. For better or worse.

Making the most of free stuff