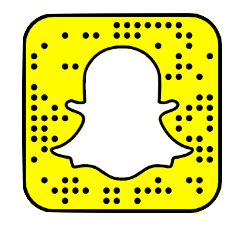 Scroll to the Snapcode for Faryal Makhdoom’s Snapchat name!

Amir Khan’s wife, Faryal Makhdoom, called her in-laws out on Snapchat. Scroll towards the bottom of this post to see what she said about them. Faryal is a humans right activist who clearly doesn’t appreciate being disrespected. On Snapchat, she advised parents not to let their sons get married if they plan on abusing his wife.

Amir Khan and Makhdoom became engaged in 2012. The couple got married in 2013. Faryal is a fashion and beauty expert. Makhdoom is a Pakistani-American from New York. Khan is a talented boxer who was born in Bolton, Great Manchester. Make sure you’re following Faryal’s social media accounts!

Makhdoom also calls out Khan’s sister. She states that Amir has done more than any brother has done.

The following tweet explains that Khan’s wife isn’t the only person experiencing issues with their in-laws.

Amir recently congratulated his wife after she made her catwalk debut for Asiana:

Do you think Makhdoom was wrong for calling Amir’s family out on social media? Let us know in the comment section below!

Faryal is a fashion and beauty expert. She shares useful tips in the video below: