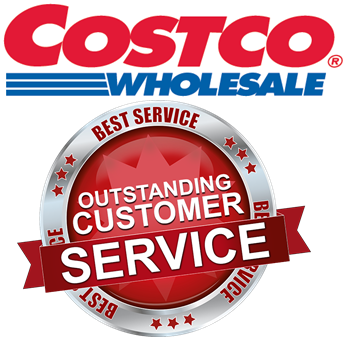 One experience and I’m sold! Today I give my life-long unconditional love and loyalty to Costco. This is the power of THE BEST Customer Service! I wish every brand could evangelize its user base like Costco does.

First a bit of context — My husband is a huge Costco fan. Pretty much everything in my home is from Costco. From toiletries, such as toilet paper and electric toothbrush to kitchen gadgets, like Vitamix to KitchenAid machine to furniture, like mattresses and couches too. Not to mentioned everyday’s groceries from milk, eggs and gas to even birthday cakes. In last 18 years, as we built our home and family, Costco got a major share of our kids raising expenses. Every year, we spend over $20-$25K in Costco.

In fact, sometimes I joke that if Costco had kids for sale, my husband would have bought them too from Costco. And I must say I was a bit annoyed by his blind faith in Costco.

So, researcher in me, still looked around for deals and tried to prove to my husband that Costco is not the best deal every day for everything. But today I joined my husband in his blind faith. Here is how it happened.

After weeks of research and debates within our family, we decide to change our 18-year-old AT&T cell phone plan. We head down to Costco on Dec 21st and find a great deal from Verizon with an iPhone7 (savings of about $400). But we weren’t sure if we’ll have coverage in our area. Sales guy told us to think and come back on Dec 22nd (last day of the deal). Then we go back to Costco (new Redmond, WA location) on Dec 22nd and learn that Verizon pulled the deal off one day sooner. Boo Verizon. Not Cool! We were frustrated, to say the least. My husband was furious because he just wanted out of AT&T.

On my way out of Costco, I stopped by the membership desk to get info on the business account. Long story short, I ended up telling Marshall (Refund Manager) the Verizon story. He was not happy about my experience and asked me to wait while he made few calls. And about 30 minutes later he told me that Costco got to know about Verizon pulling out of the deal a day sooner and decided to give its customer $410 cash card for each phone line — same savings that Verizon was offering. OMG! I couldn’t believe what I was hearing. So, I confirmed that Costco will pay me $410 X 3 = $1230 for switching from AT&T to Verizon when Costco was not getting anything out of this. And all he said — “Yes”.

And right there, I just wanted to hug the guy :-). I was in complete awe and in love with Costco. I mean who does that? If it was some other store/brand, you can probably imagine the conversations going like — “You know how many millions of dollars we could lose if we match that deal? Moreover, it was not our deal. It was Verizon’s deal”. But that’s not who Costco is. Costco stood up for one of his vendor who btw only rents the space from them. Now I know, I’ll never question Costco ever again. I’ll buy everything from Costco till death do us apart.

Costco is a role model for THE BEST CUSTOMER service. Period. In 21st century’s electronic world, Costco still brings the human touch. Costco — Thank you and please never lose this. By putting customer at the center of your universe, you can win the universe and you already are!