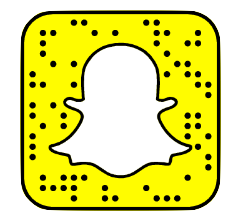 Scroll to the Snapcode below for Kodak Black’s Snapchat name!

Kodak Black is a free man. The 19-year-old was transferred to Florence, South Carolina to face criminal sexual conduct charges and was freed on $100,000 bond. The rapper, whose real name is Dicuson Octave, has been locked up since May 18, 2016. Scroll down to see the first Instagram picture he posted after being released.

The warrant for the rapper’s arrest explains that he allegedly forced a woman to have sex with him at a hotel in South Carolina. He’s a free man right now but we’re hoping he’s taking the charges seriously and preparing for the case. Make sure you’re following him on social media.

Kodak Black Snapchat Name
The tweet below shows the rapper’s latest mugshot. It’s sad to see talented people waste their gift. Kodak has over 600K followers on Twitter and more than 1.6 million followers on Instagram.

The rapper recently became famous therefore this is a vital point in his career. Do you think the rapper will be able to stay out of trouble? Let us know in the comment section below!