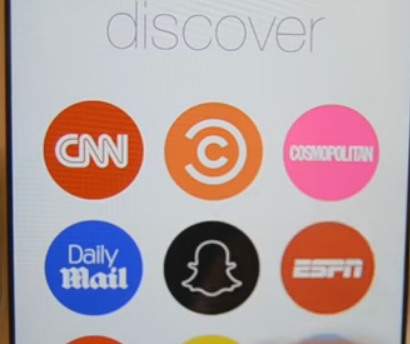 Is there a thin line between ‘traditional’ social networks and apps and the new Snapchat app?

Questions and doubts come into play. Is it effective? Will I be able to justify the spending to my client or Manager?

How many large social B2B networks are there in the market and how effective those are regarding organic traffic?

Competition is increasing, and bids are high. The ad spending is rising and does it make sense spending disproportionate among the traffic channels?

Audience Growth
The target audiences are bombarded with ads all day across all their devices. How can one get noticed among all this noise and for what price?

Snapchat launched in 2011, and since then, it has shown an incredibly rapid growth. Snapchat is an online social (media) platform where users can share videos, instant messages and photos.

The Snapchat audience: there are more than 60% of U.S. smartphone users aged 13–34 in Snapchat. Targeting those audience groups can be very effective on Snapchat.

Regarding more age groups the data shows 15% from the 35–54 age segment and 1% of 55+. The audiences are currently distributed between those age groups as the network is relatively new and younger ages are early adopters.

There are more than 7 billion views generated daily on Snapchat and almost 100 million active Snapchatters daily. Snapchat users are engaged on the platform for up to 20 minutes a day.

Snapchat has been valued at over $10 billion and has partnership deals with major mainstream publishers such as MTV, News Ltd, CNN, National Geographic and The Food Network.

Snapchat is now rebranding as Snap Inc. designed to enter into the Camera game. Their first product — a pair of glasses called Snap ‘Spectacles’ features a camera that uploads 10-second circular videos to the Snapchat app via Bluetooth and Smartphone. The cost is around $130 at Amazon. This product is only designed to sync with one App at the moment — Snapchat.

This article first appeared on: http://www.ergoseo.com/blog/marketing-on-snapchat/ Read the rest of the article using the above link.

Why Snapchat’s Design is Deliberately Confusing

How Snap Inc’s Spectacles And World Lenses Will Enhance Your Social...