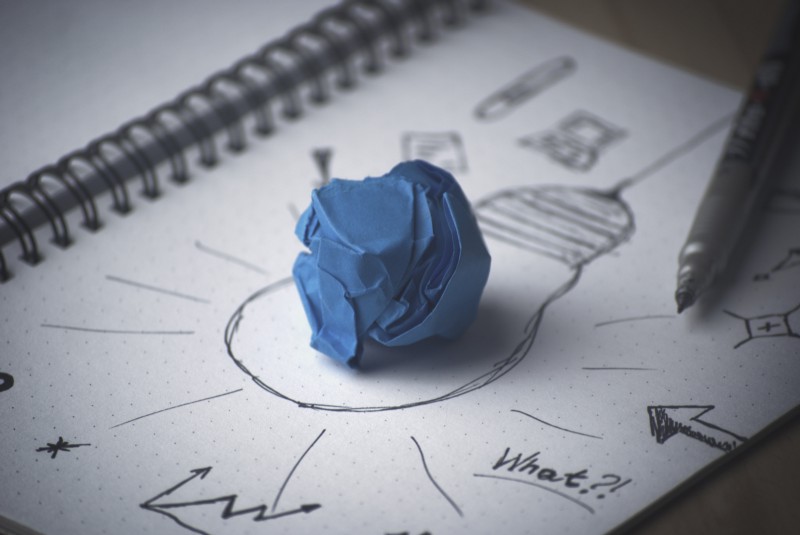 Most often, the research for our content happens indoor, behind the screen, being high on caffeine from too much coffee while shooting with rubber bands. No, just kidding. Actually, this is an understatement of how our research usually takes place.

Therefore, for this post we decided to do something different and behave like a normal researcher would do. We got out of the building (Steve Blank would be proud!), and we didn’t just go to pick up lunch, we went to see Gunter Blanckaert, Global Head of Marketing Technology at Philips Lighting, to talk about how an international corporation like Philips Lighting manages to stay mean and lean by applying methods of growth hacking!

Recently, we posted another article on growth hacking for corporates. This one is going to be quite different, as it will give you a unique behind-the-scene view into a global company that stays agile like it was still a startup. Let us start the tour.

In the beginning of 2016, Philips Lighting embarked on its growth hacking journey, and since then the company has not looked back as methods of growth hacking have become an integral part of organisational practices. The remaining question is though how Philips came to realise the need to test new practices rather than merely relying on experience of knowing what works, or at least what seemed to work. In response to this question, Gunter’s message is clear:

“Our industry is disrupted, so we need to act like a startup”.

At first hand, this might seem impossible, but Gunter’s advice is to start small. For instance, in the beginning the global digital Philips Lighting team consisted of 10–12 employees who were all used to working in a lean and mean way. Now the global team is represented by 40–45 people, and the way of working is still the same. The secret?

“We systematically spread the lean, or the growth hacking, virus among colleagues by starting out with small projects. This way, we were able to show results fast, and management and colleagues were quickly and more easily convinced that this had something to it.”

FORGET ABOUT THE CURE, BOOST THE VIRUS

One thing is preparing your team for new practices, another thing is to continuously create awareness about these and make sure they get sufficient visibility within the organisation to maintain support from everyone.

Gunter recognises that especially the latter one is often neglected. To remedy this issue, Philips Lighting has made it a top priority to inform the whole team about its growth hacking activities. A simple way to do this is to write newsletters with visually appealing content and in these make sure that the growth hacking results are linked to the team and company objectives. This approach might sound too simple, but often it’s the simplest things that no one does, right? No matter which medium or channel you use, the ultimate goal should be to “create a climate of intrapreneurship. It’s a must” as Gunter says.

After having prepared the team and infused them with the right mindset, what then? The first project that Philips Lighting took on was focused on user flows on its website with the overall goal being to improve user experience and conversion. But why this kind of project?

“With a global online presence, we’re in contact with a large number of different clients, each having certain needs in both B2B and B2C. Therefore, it’s crucial for us to identify their needs in order to provide them with an answer to their questions or problems.”

When the project started out in the beginning of 2016, a target was set. However, quite rapidly the team saw that some of the ten problems they identified to begin with were easily remedied, while others needed slightly more time. By means of data analysis and A/B testing they achieved great success and the target was reached quite some time ago.

“Even though we’ve already passed the target by far, the project is still running. It’s a continuous project that is constantly evolving because we’ve managed to institutionalise growth hacking.”

However, the bigger question in relation to institutionalising growth hacking practices is if you should have a separate growth hacking team or different streams within existing structures. At Philips Lighting they are organised according to the latter. For instance, the Product Owner, Data Scientist, IT Business Analyst and UX expert all work in independent teams rather than working together in one. One of the primary reasons for this is that all of them have their own projects to manage as well, so having streams within existing structures help ensure that these projects receive the attention they need, while input is still flowing into the growth hacking process.

Who would have imagined that…a company established more than 100 years ago applying growth hacking tactics. Pretty cool, right? This, however, is just a snippet of some the growth hacking activities that Philips Lighting are carrying out. Read more about the secrets to Philips’ success in our recap of the secrets revealed at Growth Hacking Summit 2016.

The Future of Apps — Peak App

5 Ways to Take Your Marketing to the Next Level