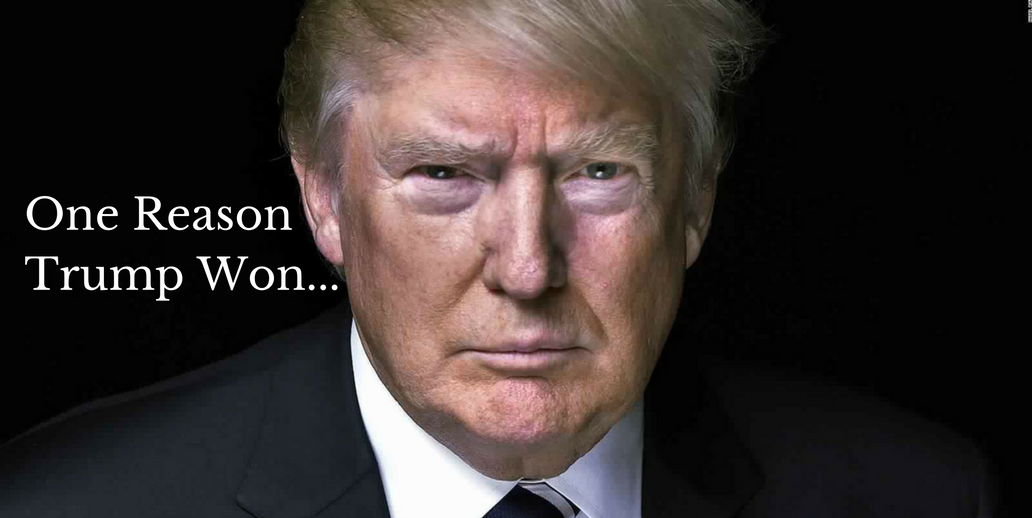 I’m hesitant to call anyone racists, or even harmfully generalize, but there is a related, puzzling phenomenon that happened during the night of the election. There’s a lot of reasons Donald Trump won — economic anxieties, hatred of Hillary Clinton, hatred of the “establishment,” etc. — the following is just one reason Donald Trump won:

The day before November 8th of 2016, Vox released this video trying to help viewers get a head-start in knowing approximately how the results of the election would turn out:

In the video, it states that if Trump wins Kentucky with a lot of votes, then it means his appeal to white working-class voters is working, since the state is 85% white. When it came time for the election, Trump won 63% of the votes, while Clinton won 33%, which was better compared to the polls. The polls, according to 270towin.com, thought Trump would only get about 55% of the votes, while Clinton got 35%.

Trump winning was no surprise. Trump gaining most of his support from white males, is no surprise. What is surprising, however, is that so many of these “white working-class voters” would, throughout his whole campaign, consistently support him. To understand this puzzle, we need to understand the kind of businessman Trump has made himself to be.

He’s not a smart entrepreneur or a philanthropist. He’s someone who has consistently built himself through cheating the “small people.” He’s someone who has consistently not cared about integrity when it comes to paying his dues to those who work for him. According to International Business Times, hundreds of Trumps’ employees have sued for alleged labor infractions.

His opponents throughout the entire election season has tried to attack him for mistreating those who work for him:

So here’s the puzzle: Why would people who were consistently taken advantage of by his company, be among the strongest supporters of him?

There’s a book called Faces at the Bottom of the Well written by one of 20th century’s best African American legal theorist, Derrick Bell, at Harvard University about race in America. The book takes about two paragraphs presenting this puzzle. When slavery was prevalent in the 1800s, the poor, low-income farmers in the South who didn’t have slaves would lose in a competition against rich, high-income farmers precisely because rich farmers could afford more slaves. Just by looking at this, regardless of racism, regardless of morality, it seems the reasonable path for the poor farmers is to be anti-slavery. After all, it’s for this precise reason that the rich farmers are incumbently making more and more money, while the poor farmers are constantly taken advantage of and make less and less money. But this wasn’t the case. All white farmers, regardless of income status, stood firmly for the maintaining of slavery because being part of a superior race felt better and was worth more than actually trying to increase their income status and being successful monetarily. It didn’t matter how much they were taken advantage of by the wealthy plantation owners; being above an entire race was enough to ignore their best interests and spiral down an impoverished life. Bell presents this to show that racism isn’t something people abide by because it’s convenient; it definitely wasn’t the case for the low-income Southern farmers. People are racist because they legitimately believe they are part of a superior race than others’.

The answer is simple: one reason Donald Trump won is that there were racist voters. I write this, not to convince anyone or to condemn anyone. I write this because there’s been a lot of talk about the importance of peaceful discourse, critical discussions, and debates, without acknowledging the fact that the things that fueled Trump’s win — racism, sexism, etc. — is not a reasonable doctrine, nor is it a warranted one. Is it harmful to call Trump voters racists? Yes. Is it important to have peaceful discourse? Yes. But we cannot let those answers be an excuse for us to turn our backs to those who supported him with the firm belief that oneself’s race is superior to others’. Simply put, there is nothing “peaceful” about racism. ⬛

VPN : How to Watch American Amazon Prime on Apple TV

VPN : How to Install Bucky Movies on Kodi 17 Krypton