Home Digital Business Mag One Thing You Need to Be a Good Investor (It’s Not a... 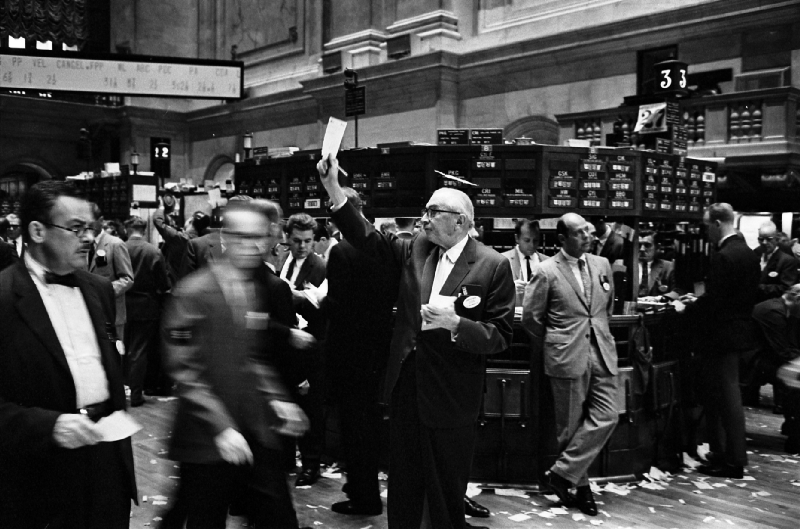 There are two things I’ve not done in a while.

The first of them is to answer some of the questions that come pouring in. My apologies to all those unanswered — lack of response due to volume, not bad manners.

would you mind if I too throw a question at you?

I’m thinking about this for a while now, but never went ahead and actually asked anyone, so here we go: how do you learn all this stuff?

I mean, I don’t have a finance background. I studied philosophy and political science at university, so I’m used to thinking about stuff (from the former, PolSci was mostly BS).

Later this month I’ll turn 28. I work for myself as basically a web developer in the insurance sector and have put away money for a while now. I took notes whenever I saw stuff in the markets for the last two or three years and would’ve been right often enough, but never trusted my judgement and only really invested twice (once in a friend’s company, once in some Mongolian companies just before they went down 90% around 2014).

When a friend introduced me to some people in Mongolia a few years ago and I started consulting in the financial services sector there I asked him if there’s anything I should read to fix my lack knowledge of in finance, but he replied that it was mostly just common sense. I’ve also talked to your friend Kuppy a few times when I was in UB and got a similar impression: that it was just about thinking stuff through.

On the other hand, there’s shitloads of numbers and terms and metrics I don’t know. Most of them are probably irrelevant, but I guess some of them are important I don’t yet know which is which. And you guys do have analysts, right?

When this year I told my aforementioned friend that I wanted to get a CFA to understand the lingo, he told me that all stuff didn’t matter anymore and I think I remember reading something similar in one of your emails a few months ago.

So I’m wondering, how would you go about learning this stuff?

For me, the obvious thing is thinking stuff through, reading financial history, keep earning money from work, slowly migrate it into making money from money through small trial and error steps. I’m wondering though whether I’m missing the quant part. And at the same time I’m worried of getting myself into the sway of dumb non-functioning economic theories and missing the stuff that’s of real importance if I were to focus on the quant part.

I’m curious to hear your thoughts.

Let’s start with what a friend and business partner loves to say: What equation are you trying to solve?

I’m going to suggest it’s the following: You’re wanting to know how to evaluate things in order to be comfortable with your investment decisions. Sound fair?

It’s one problem with our education system. It doesn’t teach us how to think, how to critically examine and question, test and retest in order to find the truth.

Kuppy is right when he says just think stuff through. So let’s take two real world examples which come to mind.

I was just having a discussion with an associate about my belief that we’ve seen the top of the bond market and I think rates are going higher (something I’ve written a lot about). My friend’s in private equity and we had the discussion which he’d not thought about.

Let’s say you’re an asset manager with a few billion to allocate. What happens to your base case assumptions on asset allocation in a rising rate environment? Well, private equity, which is nuts at the moment anyway, has been competing against fixed income. Easy! How hard is it to beat zero?

So take away some of the zero and on a relative basis you get capital shifting. This doesn’t require you to understand Black-Scholes pricing, risk parity, foreign exchange flows, or any other “financial” knowledge. Think stuff through and take it beyond first level thinking. Do it lots, do it regularly, and you start training your brain. It’s just a muscle, after all.

I’m trying to make sure my kids aren’t completely ignorant. The other day we were at a mall, and I bought them an ice cream in a food hall. Their purpose was to eat an ice cream and mine to get them to think. So there were a dozen food outlets. I asked them to tell me which one they’d buy and why.

The responses were typical from a 10 and 11-year old. They picked their favourite foods. I told them to pick the one that will make them the most money. So how do you figure that out?

Basic math and metrics. Shop size (some are bigger than others). Those with larger footprint have higher lease costs but potentially more traffic. So I told them to spend a few minutes and tell me which one is getting the most traffic. Easy: It was McDonald’s.

Then a trickier question. I told them to tell me which one is getting the most traffic relative to size. Done. Sushi place. After doing some napkin math with them and making it easy at 50% size difference (it wasn’t but this was teaching them how to evaluate the world and think).

Back to size of shop. Sushi shop is about half the footprint so probably half the lease costs.

Staffing was only 2 at Sushi shop and about 8 at McDonald’s (as far as we could tell). That’s the biggest cost (labour). So McDonald’s has about a double on lease costs and a 4x on labour costs, and the average dollar spend is $12 compared to Sushi place at $18.

Our guesstimates where that McDonald’s runs about 30% more traffic so we can level the playing field by saying that Sushi place gross dollar spend isn’t $18 but 30% less (due to 30% less traffic) so this is $12.60. Easy. Now factoring in half the lease costs and a quarter labour costs my kids quickly figured out that they’d buy Sushi place.

Sitting there doing my own math on it, if you put a gun at my head and told me to buy one I’d buy Sushi place and I reckon I’d be correct, and that’s without ever touching their financial statements.

Now, obviously you wouldn’t go out and buy Sushi place based on these variables and based on sitting and eating an ice cream for 10 minutes at a food hall. That would be sillier than blindly buying a low volatility ETF right now but when you do this regularly, fast, and repeatedly (I have trouble not doing it — just a defect, I guess), then you’ll find you’re pretty good at quickly rapidly analysing the world around you.

Thanks for all the great content. I was just wondering if you knew of any great books etc that really explain the global financial system/geopolitics in depth that you have come across or would recommend?

Thanks in advance, will continue to listen/read and have introduced a few friends to your work.

I used to read a ton of financial books in my twenties but not much anymore. I tend to read about science, history, and philosophy more now.

I’d recommend any of Soros’ books, not because I like the guy (or even agree with some of his thinking) but he has a very different and extremely valuable way of assessing risk and understanding market dynamics.

I honestly hesitate to suggest books because I feel like you can gain something from most any of them but the critical components are making sure you think for yourself as mentioned in the answer to the previous question above. Otherwise you’re just left taking in information and believing it no matter how poor it may be.

For example, I’d suggest reading work by that pillar of stupidity, Paul Krugman. Why? Because understanding how he and many of his ilk think is valuable but not because it’s sound reasoning. I mean, I’m all for immortalising Paul Krugman. Make a statue out of him, if only so the the pigeons can poop on him for eternity.

The second part of the question is around distinguishing wheat from chaff.

Ok, so this question I get all the time.

Do your due diligence. Most of the stuff you’re referring to will be one of the publishing sites which use “professional” marketing firms to write copy and then flog something based around hype. Just go look for previous marketing they’ve done and then see whether any of it worked out.

If you’re being told that “there is some catastrophic event that is coming on X date and go here to learn how to protect yourself.” Or that some “secret” meeting in a dark room with an “un-named man” has just been revealed and riches/catastrophe await. Or some special code designed in a bunker in World War II that has now revealed the most incredible information and you, some unknown dude on the internet, get to find out.

Because if you did find something that was truly going to make you a billionaire that’s the first thing you’d do, right?

I mean you wouldn’t tell your loved ones and set yourself up. No, you’d immediately set up a website and hire a bunch of marketing copywriters and you’d spam people about it. That’s what you’d do. For sure!

You get the picture. Any variation of that theme and you’re about 99% probability it’s full of nonsense.

Here is the thing: Information is actually free. What’s valuable isn’t information per se, it’s knowing how to synthesise that information and execute on it. I know that sounds boring because everyone wants some magic wand or some guru with a crystal ball to tell them what to do. I’ll be the first to tell you that I’ve two balls and I assure you neither are crystal.

And that brings me to the end of today’s post.

I mentioned at the beginning there were two things I’d not done in a while.

And the second is taking a break. And since it’s the silly season I’m going to do just that for the next week so you won’t hear from me.

I do wish you joy, happiness, and money because, well, this is Capitalist Exploits.

“Christmas is a season not only of rejoicing but of reflection.” — Winston Churchill

If so, join over 7,500 investors and entrepreneurs who receive our free weekly thought-provoking investment publication and exclusive special reports.

VPN : Is Torrenting Legal and Safe to Use?