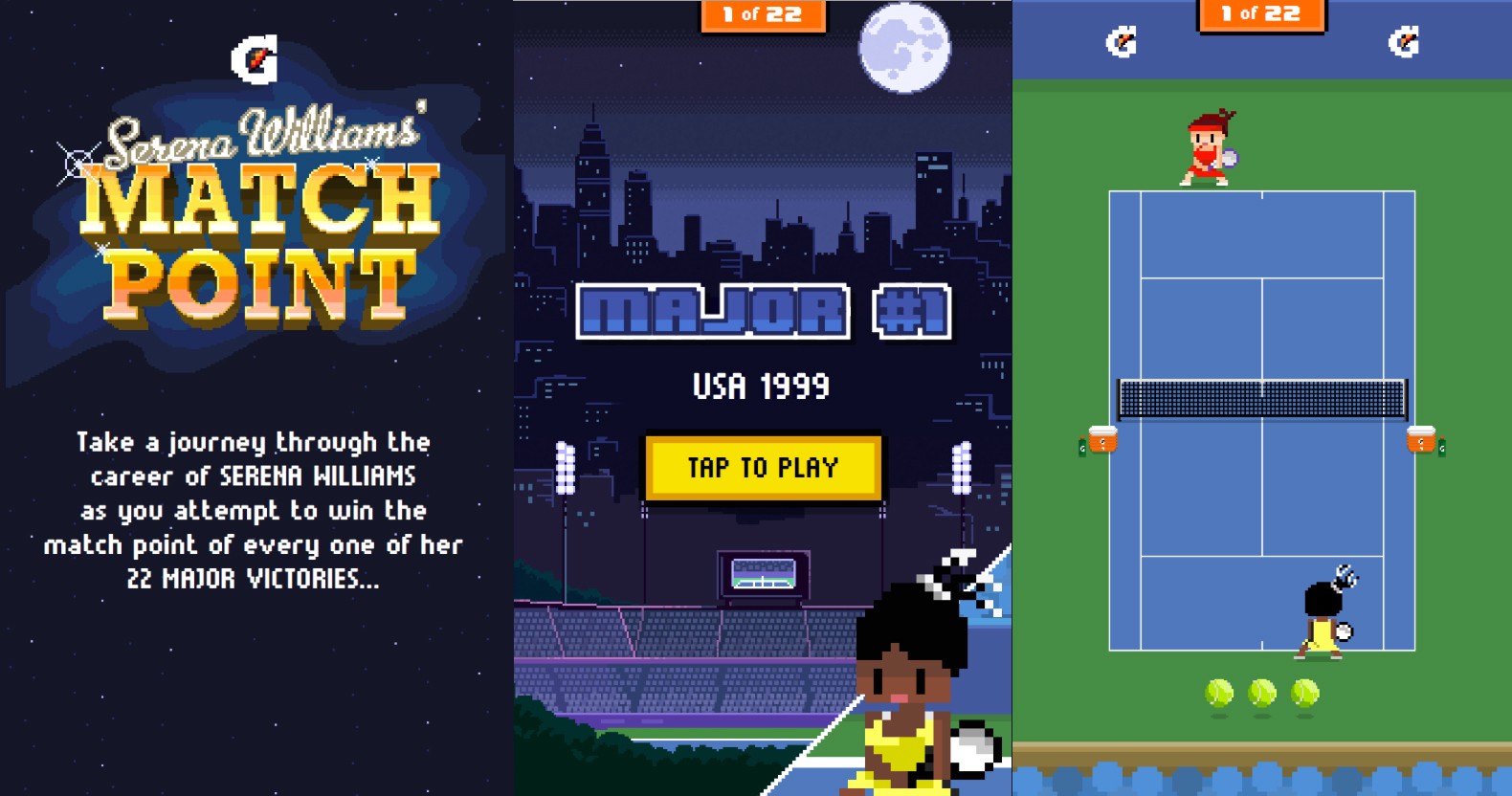 In August 2016, to celebrate Serena Williams career, and her attempt to break the record for most singles titles in Tennis history, Gatorade built a 22-level in-app video game which users could access through Snapchat Ads.

The game lives on here.

Why I Enjoyed this Ad

The ad was well timed and gave Gatorade a tool to cut through the noise of hundreds of advertisers during the US Open. This campaign added value to fans by celebrating their biggest star, and letting them partake in the fun of “playing” a grand slam.

The attention to detail is incredible. Each level in the game corresponded to a different Grand Slam victory in Serena’s career, with subtle clothing changes, character changes for her opponents and court changes depending on the venue, all which corresponded to the real-life tournament.

The designers included some important aspects of good game design to keep players interested in a relatively simple game. For example:

The designers missed including a competitive scoring system which could have increased the longevity of the game.

For example, having a leaderboard which corresponds to people having the most perfect shots, the longest rally, or the quickest completion time of the 22 matches, would have had two key benefits:

What do you think about this campaign?