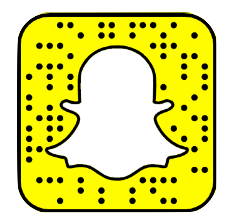 Scroll to the Snapcode for Snoop Dogg’s Snapchat name!

VH1 has announced that Snoop Dogg’s new show will air on Monday, November 7, 2016. The rapper teamed up with Martha Stewart for a half baked dinner party show titled, Martha & Snoop’s Potluck Dinner Party. The show will feature the two entertainers throwing dinner parties for celebrity guests.

This isn’t Snoop’s first time on television. In 2002 his sketch comedy show, Doggy Fizzle Televizzle premiered on MTV. The show lasted until 2003. A few years later the rapper, whose real name is Cordozar Broadus, teamed up with E! for his reality series, Snoop Dogg’s Father Hood. We can’t get enough of him. Make sure you’re following all his social media accounts.

Snoop Dogg Snapchat Name
Earlier this year EA Sports live streamed a multi-player game of Battlefield 1 at E3. While “Tha Dogg Father” has been doing his thing on television, he is a horrible gamer. He got killed 4 times and failed to kill one of the 64 players. He scored 5811 while Wiz Khalifa scored 7056 and killed 2 people.

Today he tried to redeem himself in the 64 player Battle for Amiens match. Hopefully he’s been practicing since last time. He talks trash like he is a skilled gamer yet his performance earlier this year showed that he is horrible. Check out the video below.

Why you Should Make a Custom Snapchat Filter for Your Wedding.

Instagram won’t let you get away with taking screenshots of disappearing...