Home Startup So you want to build an Analytics Team? – The League of... 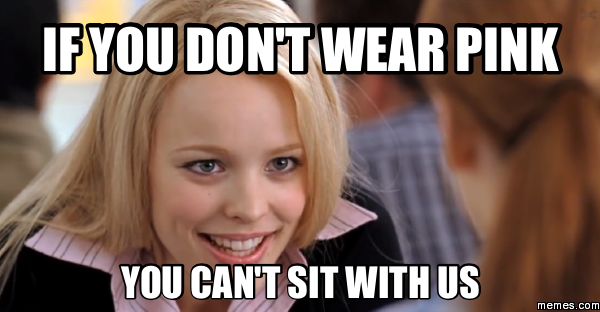 Look Beyond the Resume and Technical Interview

Building a new team within a fast-moving company comes with a unique set of challenges. From the moment of inception, there are a thousand moving pieces and every detail is important. You’ve likely put in extra hours detailing the strategy for your team, outlining the budget you need to make it happen, writing the job descriptions for new team members, and most importantly, poring over the details of how this investment will have a positive return for your executives.

Once you get the green light, it can be easy to jump into filling roles, on-boarding individuals, assigning projects, and then poof! Before you know it, you’ve got a whole group of people working on similar projects, but it doesn’t quite feel like the team you were envisioning.

We wanted to avoid that at all costs. So, as Extraordinary Analysts should, we started by asking a lot of questions.

Who do we want on this team?

First off, hiring must be handled with great care. It can be easy to get distracted by DJ Pauly D’s Vegas Residency before you realize you never asked if he could actually scratch.

The importance of a solid, thorough, and unbiased hiring process cannot be overstated. Additionally, the negative impact of even one bad hire can be monumental.

As we were solidifying our team, if felt like putting together a puzzle without the final photo. We had an idea of what it would look like when it was finished but no way to be sure. We had these individuals who all kicked ass and could theoretically work well together, but it was all abstract.

The safe route here would be to hire based on “company culture,” which is nothing more than a thinly-veiled re-enactment of Mean Girls with racist undertones.

Forget company culture, the only way to solve this is to deliberately hire for Psychological Safety.

A term coined by Harvard Business Professor Amy Edmondson and taught to me by a unicorn with a Swiss army knife skill-set, Psychological Safety “describes a team climate characterized by interpersonal trust and mutual respect in which people are comfortable being themselves.”

The key to hiring for psychological safety? Diversity, and lots of it.

Imagine you have two groups:

Group A is a group of competent people with homogenous backgrounds, race, ethnicity, experiences, and interests. Group A bonds over their common ground and does a good job with their work. Two members of Group A have stepped into pseudo-leader roles and do most of the talking during team meetings.

Group B is a group of competent people with a variety of backgrounds, races, ethnicities, experiences, and interests. Group B bonds because their differences provide an opportunity for everyone to learn from one another. Their work is consistently stellar and they take calculated risks based on experimentation.

Of these two groups, which group is more likely to fall into a systemic pattern of doing just what’s expected of them? The lack of diverse thought within Group A allows room for a Yes Man attitude to foster and complacency is imminent. On the other hand, Group B’s differences meant they were continuously improving and going above and beyond. In Group B, the across-the-board-diversity means that everyone adds value in a different way and everyone feels bought in.

Three things happen to people when they feel psychologically safe and all three lead to more productive, high-quality work:

The intricacies involved in becoming a subject matter expert on every facet of your business requires a group of individuals who will feel comfortable challenging one another to find the best outcome for the organization. It also requires people who are easily adaptable, can think on their feet, and are self-motivated. The range of former professions on your Analytics Team should read like you pulled jobs out of a hat.

What are the consequences for your business when you hire diverse teams? You’ll make more revenue, have greater profits, and acquire more customers.

You’ve hired a team. Now what?

Now that you’ve intentionally hired for a team instead of a group of people, it’s time to dig in deeper. How can this team best work together to accomplish your team’s goals? And most importantly, how can you set them up for success?

This is where user manuals come in. I did my first user manual at the Women’s World Football Games, we only had a week with the coaches so we answered questions ahead of time to make the most of the limited time. Since I don’t need to know how much a Data Analyst can bench, I swapped out some of the questions and came up with 12 that worked for our team.

User Manuals were the first order of business at our kickoff meeting. Everyone had to bring the first iteration of their user manual and share it with the group. This is an important step. Sharing a Google Doc won’t do it justice. Allowing each team member to share with the group holds the rest of the team accountable for understanding how to best work with each other, which opens the door for more valuable communication, effective decision-making, and a trusting foundation.

User manuals are “documentation for humans”; we write documentation for our software, so why not for ourselves? When you’re working with a new team at a fast-growing company, it’s important to cut through the BS quickly, especially if your team is distributed or remote.

Sure, it meant we were singing Kumbaya a little earlier than anticipated, but it was worth it.