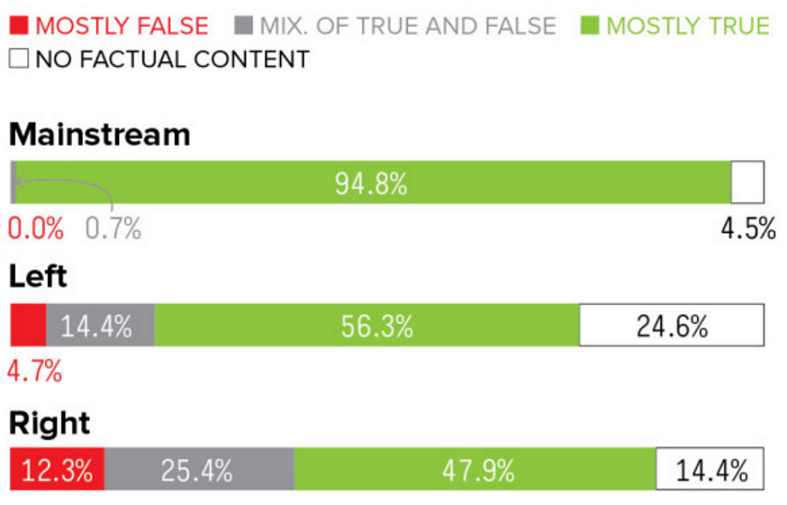 The 2016 US presidential election is a watershed moment in human history.

The shared experience we all just had, culminating in this result, is unlike anything we’ve done before.

Much of the post-election commentary focuses on Trump voters: understanding them, chastising the media and the Democrats for not paying attention to them, figuring out what they want.

Others ask what Trump’s election says about America; about race, gender, and national identity.

Still others focus on what Trump and the Republicans will do once they assume control of government. What will happen with immigration, taxes, or foreign policy?

These are all important questions and deserve attention. But in focusing on them, we haven’t taken the time to marvel at what’s already happened.

The Information Revolution has changed the world.

Donald Trump’s path to the power is unlike anything we’ve ever seen.

A man with no political experience, no public service of any kind, who behaved in ways that were (up till now) disqualifying, won the presidential election in the world’s preeminent superpower.

His opponent was more organized, better funded, and wanted to face him.

The outcome has many explanations. The economy, Hillary Clinton, race, gender, the media, you name it. If X, Y or Z had gone a little differently, Trump would not be president.

But President Trump would not even be a possibility without social media.

It was the ultimate reality show.

TV producers try to turn their shows into events, with each new episode or season prompting activity on social media. This creates a feedback loop in which the show, the professional media (recaps, reviews, think pieces), and the audience feed off each other. Online activity creates buzz, which prompts commentary, gets other people to watch, and builds excitement for the next installment.

The 2016 election did what the Voice, the Walking Dead, and the Kardashians do, but on a much higher scale.

Think back. How much attention did you devote to the election? How much time did you spend talking about it online?

German philosopher Jürgen Habermas wrote of the public sphere, an arena of political discussion — from cafes to op-ed pages, it’s where people talk about issues of public concern.

In a more abstract sense, it encompasses the various interactions by which societies — from small villages to the international community — form collective opinions. Not the state, not the economy, but the marketplace of ideas.

Well, Silicon Valley’s done it. They have created a global public sphere. Not the passive shared experience of watching the moon landing or 9/11 on television, but a massive multiplayer town hall in which everyone is a consumer, producer, and distributor of news.

This election we debated, celebrated, trolled, consoled, and doxxed. But most of all we shared.

We shared articles, videos, memes, opinions, hopes and fears. We shared to persuade, attack, mock, support, commiserate. We expressed ourselves, and consumed each other’s self-expression.

When you graduated high school, did you ever think we’d participate together like this in an election?

That you’d know what so many people’s babies look like?

How many of you reading this know me personally?

The internet transformed politics by breaking government and corporate control of information.

Governments and media companies served as arbiters of truth. For good or ill, they controlled much of the conversation. But the internet allows anyone to generate content, and social media provides the tool to quickly spread it far and wide.

At first, this seemed like a boon for democracy.

In June 2009, Green Movement protests responding to the disputed Iranian presidential election organized and spread their message using Twitter and other social media platforms. The people bypassed their repressive government and spoke to the world. Videos of the Basij (pro-government paramilitaries) attacking protesters spread on YouTube, bringing global attention.

Iranian presidential elections are not free and fair — the government allows only a select few to run — and the mullahs remain in power. However, after overseeing the possibly fraudulent reelection of hardliner Mahmoud Ahmadinejad in 2009, the government allowed reformer Hassan Rouhani to win in 2013.

Like their counterparts in Tunisia, Egyptian protests used Twitter and Facebook to organize. People who previously got most of their news from state television could now receive information from outside the country and spread information among themselves, bypassing government censors.

As many as 2 million joined protests in and around Cairo’s Tahrir Square, creating the world’s largest, most influential flash mob. In February 2011, after two and a half weeks of demonstrations, Egyptian leader Hosni Mubarak stepped down, ending his 30 year rule.

These revolutions were largely peaceful and appeared leaderless. With the internet’s help, the people ousted autocratic rulers and transitioned to democracy.

However, while Tunisia remains democratic, Egypt held one election before a military dictatorship reasserted control. Chaos in Libya, Syria and Yemen highlighted the downsides of political upheaval. The symbol of this period in the Middle East, which looked so promising at the start, is no longer Tahrir Square, but Allepo.

Critics said the Arab Spring failed, collapsing into an Arab Winter. But they’re looking at it too narrowly.

The Information Revolution is the biggest change to human society since the Industrial Revolution. It’s fundamentally reorganizing the way we do everything, with vast political implications. And it’s just getting started.

We don’t really know where the Information Revolution is going either.

What it Means for Democracy

In my first article for Arc, I asked “What the Hell, Democracy?,” listing Brexit, the Colombia peace referendum, and Donald Trump winning the Republican nomination as three examples of voters defying experts’ recommendations and expectations.

By breaking the political and media establishment’s control of information, social media disrupted political communication. There are many potential benefits, but also some clear downsides.

It facilitates the spread of false information
62% of American adults get news on social media, and a lot of it’s inaccurate.

Some Macedonians made a bundle from advertising revenue by driving traffic to over 140 pro-Trump websites they created. Made up stories, like “Pope Francis Forbids Catholics from Voting for Hillary,” got hundreds of thousands of shares.

A lie can now travel around the world before the truth even starts putting on its shoes; and by the time the shoes are on, hundreds of new lies are off and running. (Apologies to Mark Twain).

A Buzzfeed study of popular hyperpartisan Facebook pages — some of which, like Occupy Democrats and Right Wing News, have millions of followers — found that left wing pages published false information 19% of the time, compared to 38% for right wing pages.

Some progressives felt vindicated by this, because right wing pages propagated twice as many falsehoods.

That misses the point. The real problem is information bubbles, and they’re in one too.

We’ve transitioned to a post-fact society, in which we no longer have an agreed-upon arbiter of truth. The answer to who is today’s Walter Cronkite, “the most trusted man in America,” is no one.

Each information bubble has its own most trusted people. Each can easily find information from authoritative-seeming sources to back up preconceptions. Each is so eager to believe terrible things about political opponents that false stories spread rapidly.

And, with Facebook’s algorithm showing them more of what it thinks they want to see, each information bubble has minimal contact with people outside.

It gave voice to marginalized constituencies
In the US and UK, social media empowered groups that shaped democratic outcomes.

But they might not have been the forces Silicon Valley thought it was unleashing.

They’re nationalistic, and include subgroups that are are openly racist, sexist, xenophobic, Islamophobic, and antisemitic.

The utopian vision in which internet-enabled global communication teaches us we’re not so different and creates a pan-human consciousness has backfired. At least so far.

And that’s the thing. This is just getting started. Political communication is forever changed, but the full implications remain unknown.

I don’t really know what will happen in a Trump presidency. How it will change the country and the world.

But Trump’s election is a turning point in history.

We experienced it together through social media, thereby making it possible.

And we’ll experience the aftermath through social media as well, changing politics in all sorts of ways.

For better or worse, the Information Revolution has arrived.

Why Won’t My Snapchat Refresh? Fix — Is The App Down?

Sometimes it’s a good idea to drink the Kool-Aid.