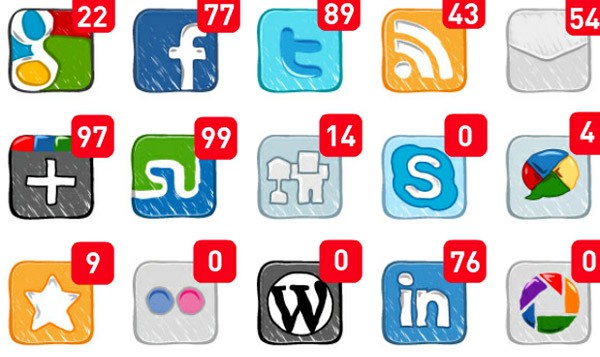 Difficult as it may be to believe, opening and closing various apps is nothing but wasted time and a detriment to your ego.

On opposite ends of the spectrum, social media is killing your sense of self. It might be a good day, in which the likes are rolling in. Your exposure’s growing, but so is your ego. Widespread online validation soon catapults your mind to a point of delusion. Now your voice is seemingly more important than just about anybody’s. You’ve reached a digital plateau on which your thoughts, opinions, selfies, and humorous musings reach a greater collective of strangers than most of your peers.

Your tweet or Facebook post may have hit big, but now all of your following content must receive an equal or greater reaction for you to feel any worth. More simply and worst of all, you’ve made a majority of your happiness reliant upon the approval of an online audience.

Let’s say it’s a bad day. You’re firing out Twitter jokes or posting a body transformation picture to all social media platforms, and your notifications are few to nonexistent. Your ego is crushed. You feel no better than worthless. As in the previous scenario, you’ve turned appreciation from social media users into a measure of self-worth.

Whether you’re smirking ear to ear from an influx of followers or swallowing sadness due to the count not moving, you’ve equated social media notice with dignity. Regardless of regard, apps have bred new entitlement within you. When your Instagram selfie hits 100 likes, you likely think highly of yourself. Underlying that outwardly earned self-appreciation is the thought you deserved such recognition. When your lengthy Facebook rant brings in zero likes, you probably feel pretty stupid for even posting it in the first place. Below the shot confidence is a belief that others should have paid more attention and valued what you had to say.

In short, social media is toying with our self-importance and making monsters out of us in the process. We’ve all been granted voices, and many of us have fallen into the trap of believing ours hold more weight than others. Years of Tweeting, Vining, and YouTubing have falsely taught us to set expectations; usually unrealistically high ones. Most detrimentally, we’ve placed much of our self-regard into the hands of fellow social media users. Notifications spurred delusion in the lot of us — whether it be the belief we’re important and worthy of being heard, or those thoughts of inadequacy that come with an absence of online validation. While a scroll through Facebook or Twitter may seem like it’s connecting us with reality, it’s immersing us in nothing but that. Ego is the fire that burns us, and social media is the gasoline, match, and hand that lights it.

Why I un-friended my high school best friend