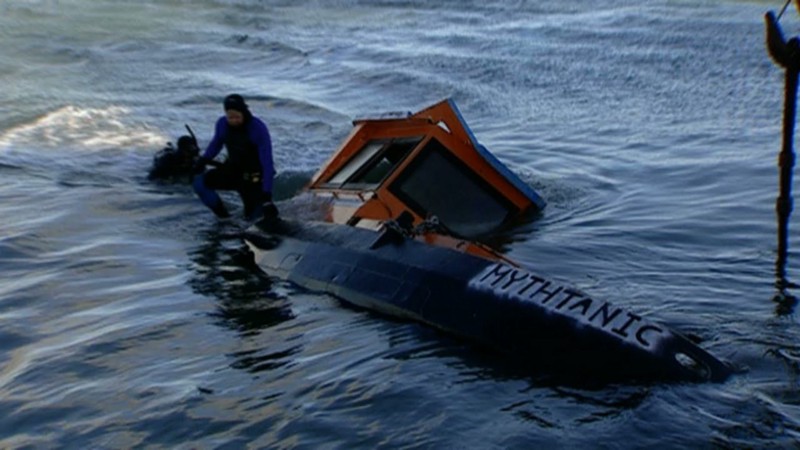 This is an analogy I’ve used on more than one occassion with my team.

Start Ups are like Sinking Ships. Picture a sea, then an entire fleet of ships all sailing. Take a closer look and you see some are sinking, some are still buoyant, some under water & others, well fuck — gone..

The sea is the business & economic landscape. The ships are the startup businesses out there.

We all essentially start out as partially built boats, with a crew, a mission, some form of map & idea of where we’re going and bunch of holes or defects in the hull of the ship which is causing us to sink, basically from the get-go.

There is a myriad of crap that can happen externally, like a storm (change in economy) or a larger boat running your ass over (major competitor), but the one thing that generally gets 90% of startups is the internal disaster.

90% of startups (not a scientific figure) fail due to internal complications.

Lack of execution, lack of team cohesion, lack of direction, lack of cashflow management, lack of building the right procedures & policies, and much more that I’m not going to list here.

The way you can image in it is the boat is sinking. We have a bunch of holes in it. Water is gushing in the crew (team) has to work together to (a) plug the holes & (b) scoop the water out.

It’s a race against time, it’s a race to do this before the storm, before another competitor does, before some big incumbent runs you over & basically, before your team burns out, you run out of food (resources) and you sink.

The task isn’t easy, it’s not fair, it’s not pretty — but it’s fucking worth it.

Those who manage to win the game of “startup success” are the ones who can bring the team together in a cohesive manner, where they work in unison, toward a common goal (save the ship) and manage to plug the holes in time before the water brings them down.

It’s this internal success that so often manifests itself into an external victory.

Yes — the dangers of the outside world still remain — and just because you saved the ship from sinking, doesn’t guarantee that you’ll make it to your destination or not get stomped out by a competitor, but I can tell you what, it increases your chances manyfold.

If you’re a start up owner, or team member — this analogy is the best one you can use to unite your team.

You’re all in this shit together. You MUST band together & save this ship. You must operate as a unit. You must trust each other & you must assist each other in the process.

The rewards beyond that success could be….well in line or beyond your wildest imagination 😉