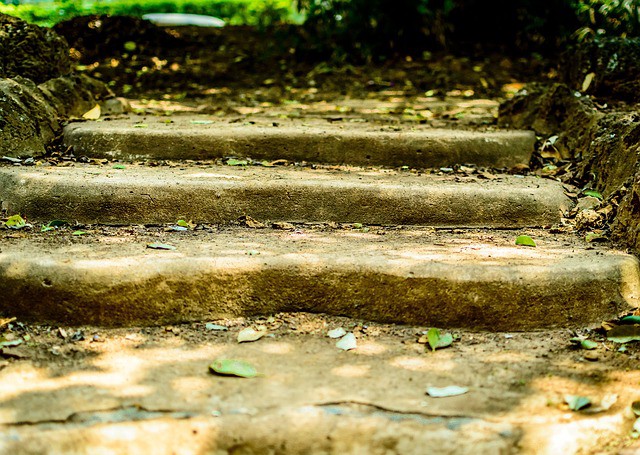 It happened in the 15th century in India. Naranappa wrote his masterpiece ‘Kumaravyasa Bharata’, an epic of more than 8200 poems, with wet clothes on.

Writing with wet clothes on? Yes, a strange practice, but this unique method he created for himself benefited his writing immensely. He blended an ancient spiritual method with this practice to overcome his self-doubt.

Self-doubt troubles everyone, but it haunts writers strongly. More so because a lot of writers think that whatever they write comes from a muse and they have to wait for it. They wait and wait, creating nothing.

Some writers try to engage in different activities to overcome the writer’s block that they face due to self-doubt.

But, very few writers continue their creation despite stalking negative thoughts. Not so easy for all. However, there is an effective turnaround for this.

Here is a technique ancient Indian sages discovered which worked like a miracle — helping authors create everlasting classics. The technique is called ‘devotion’, which Naranappa, who is popularly known as Kumaravyasa, used.

Kumaravyasa used to daily wake up at ‘Brahma Mahurtha’, a time around 1 hour 36 minutes before sunrise, take bath in a nearby pond, sit in a temple and write with wet clothes on his body. Once the clothes are dried, he would stop writing and did not write another word until the next morning.

He was an ardent devotee of Lord Veera Narayana. In the prologue to his magnum opus, ‘Kumaravyasa Bharata’, a retold version of epic ‘Mahabharata’, he reveals that Lord Veera Narayana was the true writer, while himself merely copied what he received from his deity.

The psychology of devotion

Devotion, or Bhakti, is a mental process of choosing a God-form and unconditionally surrendering oneself to it. When someone devotes himself to some deity, he believes that the deity will take care of him his whole life.

Remember, here the devotee is not surrendering himself to some outside entity which can overpower him or exploit him. He is surrendering to his own higher power — the super-conscious or subconscious mind.

As an author, have you not tried impressing positive thoughts on your subconscious mind — the affirmations and visualizations?

With the positive self-talks and affirmations, what you do is trying to trick your subconscious mind into believing something. And your mind already knows that you are trying to manipulate it. So, there is a struggle.

However, a devotee does not indulge himself in any such self-talk. He does not try to impress his higher consciousness. He opens his heart and asks his all-powerful deity earnestly. He deeply believes whenever he asks for something, it is always given.

With this kind of assuredness, there is no mental struggle, tension or fear of failure. In such free mindset, higher powers begin to function.

In “The Power of your Subconscious Mind”, Joseph Murphy tells about how Robert Louis Stevenson used his subconscious to generate new stories. Authors like Stevenson or Mark Twain connect with this cosmic power within and generate ideas for their work. But, devotees like Naranappa build a deeper relationship with this power, which substantially transforms their mindset. This kind of devotion keeps them always in an ecstatic state.

As Naranappa always believed that Veera Narayana, his deity, was the true author, he never worried about the quality of his writing. In the same prologue, he also admits that he never edited any part of his epic. (This long work of 8200 poems uses a metre called ‘Bhamini Shatpadi’.)

With devotion to his deity, Naranappa had programmed his mind in such way that as long as his clothes were wet, the creative juices flowed through his mind. When the clothes dried, his creative juices also dried for the day. Then, he would never think or worry about writing.

When Positive Thinking does not work

Remember, how much ever repeat affirmations such as ‘I will become the greatest writer in the world’, it is difficult to believe that. In your inner being, you know that you have not honed your craft enough or you have not read enough of other writers.

But, a devotee doesn’t care for all such thoughts. He does not care if he had worked on his craft, had read enough of writers or had enough creative juices in him.

He only knows one thing — he wants to create an epic, and his deity will make it possible. He just asks his deity, which is all-knowing, that he wants this to happen. When he opens himself to his deity, his deity or the superpower within him starts serving him. This is how great epics are created.

Born a shepherd, Kalidasa was an illiterate person living in a hamlet. The minister of the kingdom he lived in, in a bid to teach a lesson to his king and princess, takes Kalidasa in disguise of a prince and gets him successfully married to the princess.

Upon knowing the truth, the princess asks her husband to visit Kali temple and seek Knowledge from the Goddess. Kali, whom Kalidasa had believed as his divine mother, transforms him instantly into a well-learned man. Later, he writes epics and plays that are considered as the finest pieces in Sanskrit literature.

Hard to believe this. But, recently Shrinivas Ramanujan, one of the highly revered Mathematicians, demonstrated a similar phenomenon. Ramanujan told that Goddess Namagiri appeared in his visions, proposing him mathematical formulae.

Think about this. These great men did not wait for some strange muse to help them or did try to influence their subconscious mind into helping them. They genuinely believed in a God/Goddess whom they treated as their personal favourite deity, and sought directions and inspirations.

So, instead of struggling with your negative self-talk or writer’s’ block, try this method of devotion.

Have your own deity which can provide you with ideas, inspirations and stories that set the world on fire. You don’t need to struggle any more, just ask and it will be given.

Before you go: Devotion is the simplest method among Yogic paths and is practiced by millions to derive astounding results. The Magic of Devotion’ presents step by step methods to understand and practice this spiritual method. Try this and it will transform your life. You can continue to read more blog posts on The Guide .

If you have any questions, please share in the comments section below.

Startup : If this is how Inventiva/Centiplex behaves to potential customers,...

What You Must Know About VAT If You Have Customers In...