Home Startup Startup : Timing and Vision are Two of the Most Important Factors... 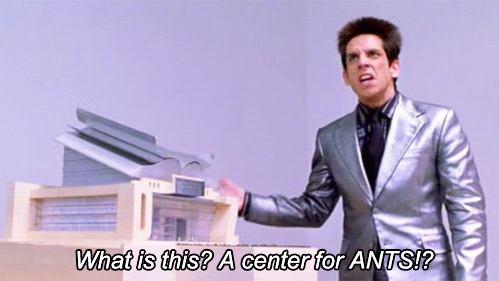 What increases the chances of a startup “making it”? What are the ingredients in this recipe we call “success”?

Venture capitalists live and die by the returns of the companies they invest in, so it’s natural for them to think long and hard about what makes a startup succeed. Everyone naturally wants easy answers, checklists and recipes they can follow to get consistent results.

Most talk about the importance of having a solid team of founders and employees (with a track record), and product-market fit — building a product that an addressable market needs/wants and is eager to use (and ideally pay for). Also not running out of money.

Those are certainly factors not to be dismissed.

But I want to talk about two factors that rarely get discussed:

The third dimension of PM fit. Building the right product for the right market at the right time.

Vision is difficult to describe in abstract terms, but you know it when you see it. Great leaders are able to articulate their vision to employees, investors and customers.

Timing is incredibly important but very hard to get right without a bit of luck.

Common sense dictates that the earlier to market the better. Reaping the benefits of first-mover advantage. But being early to market is usually not an advantage when you look through the pages of history.

Friendster came out in 2002 before people were completely comfortable sharing their lives online. Facebook came out years later and improved upon it’s predecessors, making it normal to open up on the internet.

Coin promised to replace all of the credit cards in your wallet with just one. They were the first to promote the concept, but due to a poor understanding of technical and legal constraints, they were demolished when Apple Pay came along.

These are but two examples that show being early to market is usually not an advantage. Being first means you don’t yet understand the market, and it doesn’t understand you.

Meanwhile, would-be competitors are watching what you’re doing, waiting for you to screw up, or leave a hole open where they can jump in and dominate quickly.

That doesn’t mean being early to market is always bad either.

Case in point, the chances of you or I building the next Facebook is incredibly slim.

Zuck is too powerful to lose. Just ask Google who tried competing for our social attention span multiple times, failing at every turn. (Ask any person of any age outside the tech world what Google Plus is and you’ll be met with a blank stare.)

Now, any social app that gets anywhere close to hundreds of millions of active users has two destinies: Get bought and absorbed by Facebook (Instagram) or get copied and made obsolete by Facebook (Foursquare, Periscope). Even publicly traded giants like Twitter and Snapchat are struggling to stay relevant against it.

Waiting until there’s an established player, a giant, is risky too, because by the time you enter the market they might be too powerful to beat. In that case you would do well to become a niche product for a market that the giant has no interest in going after.

Giants like Zendesk or Desk.com have become too bloated and complex over the years to even try going after these small, lower paying customers.

You can go against an established giant and build a profitable company, but you’ll mostly be fighting for scraps. Being late to market has its disadvantages.

It hurts to look at, right?

This is the shit we were accustomed to back then. We all knew it sucked, we just couldn’t put our finger on (no pun intended) why it sucked or how it could be better.

Then on January 9th, 2007 we all watched Steve Jobs, using his trademark showmanship, unveil the iPhone, and life was never the same.

It was a revolution. A watershed moment.

It changed everything about how we browse, how we communicate, even how we use the bathroom (so long TV Guide). It changed how we live.

The success of iPhone didn’t come about simply from Apple watching the market and coming out with a better version of a Motorola. Steve Jobs and Jony Ive were visionaries.

They looked at everything wrong with the current crop of cell phones and thought: What would our dream phone be? They had the insight, creativity, and financial means to create it. The Jesus phone.

The market wasn’t just ready for touch screen phones — Apple made them ready because their vision was powerful enough to make market timing obsolete.

Another example: Do you remember when people thought of electric cars as a pipe dream? Slow, overpriced jokes that would be forever squashed by Big Oil?

Despite electric cars being scoffed at for decades, Musk’s vision and sheer brute-force ambition pave the way for electric cars to completely take over. Now, virtually every manufacturer is scrambling to compete with their own electric car.

A powerful, well executed vision can succeed regardless of market timing.

Earlier in this article I mentioned help desk software, so let’s look at how a strong vision can neutralize market timing in this category.

Intercom has grown steadily in popularity over the past few years. They’ve raised over $100 million in funding, and they have over 17,000 companies using their product. It’s rare now to visit a SaaS product without seeing their smiley chat icon at the bottom of your screen.

You can use Intercom to start live chats with sales or support reps, and companies who use Intercom are able to easily manage their customer conversations, and send targeted messages to users within their app or over email.

The interesting thing about Intercom is that they never market themselves as help desk software or live chat — even though that’s exactly what they are. Intercom refers to themselves “a more personal way to communicate with your customers”.

Call it a vision, or call it a marketing tagline, but it’s powerful.

At my company, Proposify, we switched from Groove to Intercom.

It started with us wanting to target users based on their activity like the date they signed up, and what they did in your product, and send them relevant messages.

But then when people replied to those messages we had to move them over to Groove, which was cumbersome, so eventually we just bought Intercom’s help desk product and moved everything support-related under one roof.

Intercom is far from perfect:

And yet, their vision is powerful enough to overcome these failures.

I feel incredibly happy and grateful that my company, Proposify, is where it’s at. We have gone from practically zero traction 3 years ago to nearly $3M in ARR, growing 10% month over month with 22 employees and with very little funding.

We may not yet be a massive, unicorn success story, but we are a success story nonetheless. A startup that survived and got traction and revenue. Just what every VC and founder wants.

When I look back under this framework, I can see that part of this success is timing + vision.

When I first started thinking about proposal software it was 2007. As a category it didn’t really exist outside of some quoting/estimating software, which was usually part of bigger platform that did a lot more.

My vision for what would become Proposify looked something like InDesign, what every marketing agency used to produce proposals, but would be in the browser. I wondered why nobody invented it yet.

Then I saw Bidsketch appear and thought, “Oh fuck, someone has done it now.” But when I dug into their product I could see that it was only part of what I had envisioned.

More apps came along that were very similar to Bidsketch, including Quoteroller (which transformed into Pandadoc).

Still, I didn’t find my dream proposal app among any of these.

Eventually when I started working on Proposify I was afraid I was too late to market. These incumbents had been out for years. But once we started shipping a product solved pain for people AND aligned with my vision of making beautiful, customizable proposals, things changed.

Our decision to stick to the original vision paid off and it allowed us to stand out from most competitors and become one of the dominant leaders in the category.

Yes, Proposify was later to market (albeit in a relatively new/small market when compared to help desk or CRM software) but it had enough of a distinct edge to stand out and acquire customers quickly.

The key for us now is to stay ahead of the game and compete with well-funded competitors and newcomers alike.

You and I may not be a Musk or Jobs, but we can have a powerful vision of what we’re trying to accomplish.

So stay prudent and keep an eye on the market. Come in early enough to market but not first to market. And have a vision that can cut through the noise.

If you enjoyed reading this post I’d appreciate it if you hit the heart icon so more people can see it, share it on social media, and subscribe to get notified when I come out with new posts (email signup form is below):

Startup : Jobs to be done personas