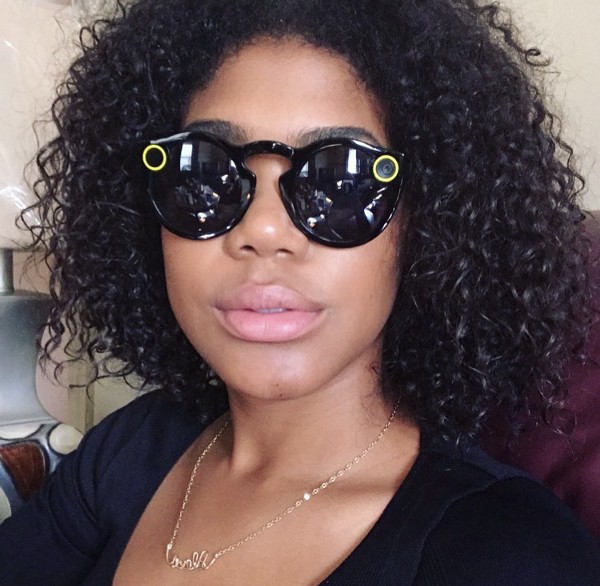 They say good things come to those who wait. I couldn’t agree more.

A little over 10 days ago, I wrote about my failed attempt of getting my hands on the hottest wearable of the season. Since then, I have successfully obtained a pair of Snap’s Spectacles through my friend Marquise who came in with the assist at the perfect time.

Spectacles are the best Christmas gift ever and they come my way before I hit the slopes (literally and figuratively) in Breckenridge, CO next month. I can’t wait to roll that beautiful Breck footage. ⛷ Until then, I’ll put the Specs to good use around Austin (Can Specs survive Dirty 6th?) and try out some cool social videos with my company.

Of course, I had to document the entire process of unboxing these beauts and getting them ready for prime time.

Snapchat was sure to make the Spectacles packaging unique. As discovered by Moshe Isaacian last month, the tube has its own secret filter that is unlocked if you tap on the “Spectacles” text via the Snapchat app like you would when looking for the flower crown or puppy filter on your face.

My favorite part about this entire concept is the case. I’ve had friends ask me if the Specs are battery powered or if they just plug into the wall like our cell phones. They’re all surprised when I tell them that the case actually charges the Specs!

The case has to be charged as well so Snapchat threw in a cord that can be plugged into a computer or iPhone power adapter. It’s also pretty sturdy and will more than likely not pop open if it is dropped by accident.

When it was time to connect my Specs to my Snapchat app, it took about 20-30 minutes for my Specs to read my Snapcode. I tried everything to make them pair including taking my phone out of its Otterbox, turning my Assistive Touch off and even restarting my phone. The Specs eventually did pair and the issue was probably because I wasn’t aiming the Specs directly at the Snapcode since the camera sits higher than our eyes. Go figure.

Once my devices paired, I quickly found out that the Specs can record even when you don’t have the Snapchat app open based on my accidental first Snap.

Right after pairing, I was able to rename my Specs and was brought to an onboarding screen with a few helpful tips.

Bottom line: These glasses are amazing. I love how I can record up to 30 seconds (even though Snaps are still limited to 1o seconds) and how the Specs warn you when your 10 seconds is almost up. However, my favorite thing about Specs is how my Snapchat friends can rotate their phone 360 degrees and my video moves with them!

On the flip side, I really wish I could replay what I recorded instantly instead of having to wait for the video to be pushed to my phone. It’s obvious why instant replay is not possible with this model, but it would be cool for the future. I did notice that Snapchat waits until your phone is connected to WiFi to import the Snaps from your Specs to your Memories which is good for folks who have limited data plans.

At the end of the day, I would encourage everyone who is still on the hunt for Specs to visit the NYC pop up between now and NYE and/or keep an eye on the Spectacles Map. Getting Specs may be a hassle, but they are 100% worth it.

I must say it was a very lit Christmas.

If you like this post please tap the 💚 below so other people have a higher chance of finding and reading it!