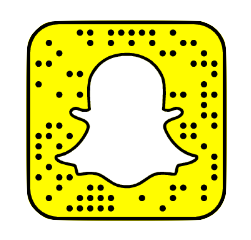 Scroll to the Snapcode for The Shade Room’s Snapchat name!

The Shade Room is everyone’s favorite Instagram page for celebrity news and gossip. The Instagram page was created in March 2014 by Angelica Nwandu. Like many other black owned media companies, the road has not been easy for TSR. In April 2016, Facebook removed the site for violating the social media network’s community standards.

TSR is no different than TMZ yet companies like Facebook make it difficult for the gossip site. Facebook clearly doesn’t understand TSR’s true value. TSR was started on Facebook’s company, Instagram. A majority of TSR’s “roommates” are African American.

Facebook should think twice before deleting accounts. Media companies, like TSR, work hard to keep people on social media platforms yet they’re often taken for granted. It’s only a matter of time before TSR gets sick and tired of the unfair treatment and creates a social media platform of their own.

Why Won’t My Snapchat Refresh? Fix — Is The App Down?

Snapchat Told Me I’m a Loser.