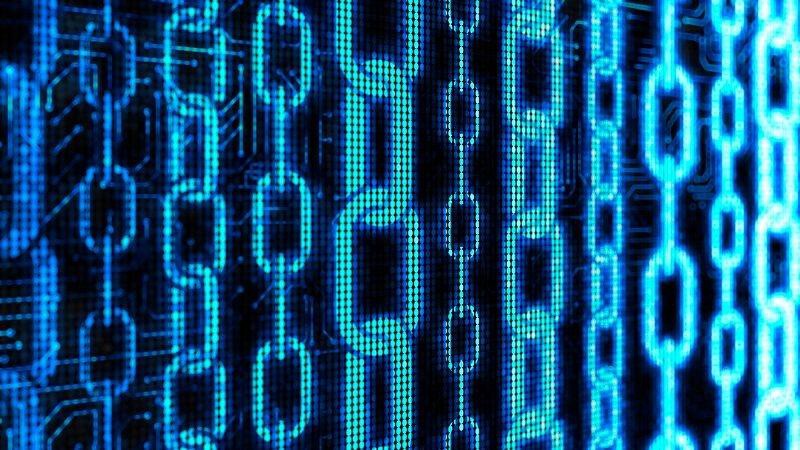 Bitcoin showed us how to transact online, Ethereum could show us how to put everything else online.

Just in case you’ve been living under a rock for the last five or so years, there’s this new thing called “Blockchain” going around the table. You’ve probably already heard of Bitcoin, a decentralized currency which is one of the most well known examples of it.

Without getting too into it, blockchain is basically a publically distributed database validated by a cryptographic algorithm that locks data (for Bitcoin, its transactions) into place so they cannot be be altered.

Because it’s a public database (think massive excel sheet) and available for all to see anyone can make entries, however each entry needs to be approved by the network to ensure that it is valid. To make this process worthwhile, a token of value is issued (Bitcoin for example) that incentives people to validate the blocks; they call this process “mining”. These tokens can then be exchanged for fiat aka, dolla dolla bills y’all.

Once a block is mined it is linked to the one that came before it, and the block that comes after is linked to it as well, forming a chain of blocks… Blockchain! In order to change an entry you’d need to re-do all the maths in that block and every block that came after it, which wouldn’t be worthwhile or even possible to some degree.

So that’s nice… what of it? Well as we’ve already seen from Bitcoin that this allows users to transact without oversight, it’s all kept in check by math! Users can’t simply copy-paste their wealth over and over again and if coins are spent, they stay spent. When it comes to digital currency, there’s really few that can stack up to what Bitcoin has demonstrated…

I say “few” because there is another… Ethereum. Ethereum allows users to not only transact, but program their money. They’re called “Smart Contacts” and they basically allow anyone with some basic programming skills to code logic into a transaction. One of the easiest examples is a simple lottery contract where users send in “Ethers” (Ethereum’s token of value) to a contract that can then say randomly choose a winner and send the winnings to their address.

This contact is not hosted anywhere on the internet, it lives on the Ethereum blockchain and can pretty much run forever provided the contract has enough “gas” (the “fuel” used to run the contract to reduce spam) and if the network is still functional.

Pretty neat right? So how can this interact with the internet of things? Well, gambling contacts are just the tip of the iceberg as you could in theory assign these smart contacts to a real world object.

For example, let’s say you own a car, but don’t drive it on weekends. You could assign it a smart contact and let someone else rent it by sending X amount of ethers or another token to the contact. The contract would then authorize that user to use the car, identified by their Ethereum address.

There are plenty of other use cases as well, but I think that ioT will be the biggest area of impact for Ethereum and blockchain in general. Primarily because for the ioT to function you need a unique method of identification as well as a platform to develop your code on, Ethereum has both and it’s secured with one of the coolest (and dare I say hottest) pieces of tech to emerge over the last ten years; blockchain.

I’d imagine this section will rustle some jimmies, so I’ll be brief. Bitcoin is simply too slow and it lacks any real form of programmability. Thats not to say its not possible to do ethereum-esque things on bitcoin, as many have and are still trying. My point being that bitcoin was developed to really do one thing and one thing only which was to be a digital currency without a central authority.

And don’t get me wrong, current scaling issues aside and the 10 minute transaction times, bitcoin does its this job really, really well. Developing for bitcoin is a whole other story, it can relatively simple to a complete hell hole. Bottom line is whatever you want to build on bitcoin will likely be way easier on the ethereum network.

Beware, Here There Be Dragons

Now that’s not to say there aren’t any pitfalls. Security is only as good as the user on the network makes it. One only need to look so far as the infamous “The DAO” debacle where a hacker managed to hijack the contact and seal some $60 million (USD) worth of tokens by exploiting a loophole in the code.

They didn’t make any profit last I checked as the Ethereum Foundation (the guys behind the network) acted quickly and proposed a fork to lock the funds in place until they could be dealt with. At the end of the day, most users got their ethers back and the community learned a hard lesson about proper security and hubris.

The DAO was an extreme case of what could happen if smart contacts aren’t vetted properly. However, there are also many other risks when you get into cryptocurrency as you are in a sense becoming your own bank which means you’re in charge of how secure your funds are. In addition to being very familiar with how blockchain works, one also needs a strong “BS detector” to be safe online and especially while transacting coins.

Here’s a few tips from the official Bitcoin website which can be easily translated over to any cryptocurrency.

Lets Wrap It Up

Despite The DAO’s unfortunate end, it looks like the attack didn’t phase investors or developers as the network continues to thrive and innovate. Ethereum is afterall a platform driven by a community of developers and crypto-enthusiasts.

In fact, just last week Enterprise Ethereum was announced by Microsoft, JP Morgan Chase, BNY Mellon and others; a platform geared to businesses to allow them to quickly and securely develop on Ethereum easily. Considering these are some of the biggest companies on the planet, I’d say this was a pretty yuge development.

Only time will tell what becomes of Ethereum, but I think I can say that for the next few years it’s going to stick around and continue to push the boundaries of what blockchain can and can’t do. Bitcoin showed us how to transact online, Ethereum could show us how to put everything else online.

Trading – How to Store my Bitcoins ?