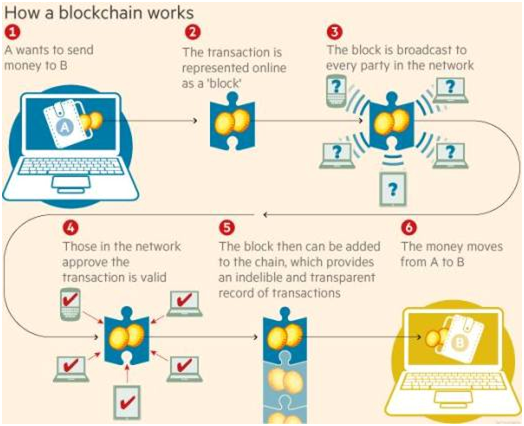 Milton Friedman once said “ The combination of economic and political power in the same hand is the recipe for tyranny” .One of the key features of any successful free market based economy system is trust. Trust among Proprietor, merchants , banks Government or in the economy itself.But what happen if the trust get breached or screwed among market participants by either of the reasons or any reason. The whole Economy set up will heads towards a Collapse.

The Saga of Cash

Cash is the leg to almost every trade transactions and settlement in the world today. Financial institution involved in clearing and settlement of trade make sure that Cash and assets involved in the deal get the new owner in adequate time with the help of ledger. Ledger constitute a Permanent record of all the Economic transaction an institution handles . Financial institutions have transformed their paper based ledger into highly sophisticated IT application and data bases. But while their ledgers and transaction application are now digitial, their underlying structure has not changed much. Each institution continues to own and manage Proprietory ledger synchronizing it’s record with those of other institution as appropriate.The reconciliation process in which who owns what and who owns what to whom requires a lot of time money and human development. Standardizations of rules and data fields is a good idea that could save 20–30 billion dollar back office reconciliation cost each year.

Since aftermath of 2008 Crisis, people across the world has lost its trust on the banks and the way they Conduct their Businesses. Cash has been subject to abuses either by Central Banks or Big Banks , Corporation and Governments in multiple ways in form of Massive Printing , Heavy transaction fees, Bad investment and tax. They start looking for medium that provides greater autonomy , more transparency and much better redundancy that helps in quickly transfer the value. Crypto-Currencies are one such medium that contain all the previously mentioned attribute. They are not created and controlled by countries or Government hence, they are universal in nature and appeal as well as built trust.

Crypto-Currencies eliminate trusts solely on market participants as a requirement of transacting in a free market economy. Instead it Established protocol , a set of rules in form of distributed computation that ensure the integrity of the data exchange among these billions of devices without going through third party. The core of the rise of the Crypto-Currencies as the medium of exchange mainly due to its technical innovation in form of what we know as “ BlockChain technology “

BlockChain provide greater autonomy , more transparency and security by keeping the records of information stored in a block that forms a chain. The information in every blocks is secured using Crypto-graphic hashes and added in linear fashion upon the previous block.. This prevents information in the ledger from being altered , ensuring trust and transparency is maintained. BlockChain is public so anyone can view it anytime. Since it’s resides within a network not within a single institution. BlockChain is under global spotlight because of its promise or threat to disrupt the traditional financial activity. The current resurgence of interest in BlockChain especially by traditional players like Big banks or wallstreet is a sign that financial players has started to acknowledge the disruptive power it Contains.

Particularly the wall street is quite keen to understand the technology and how to make it in traditional mainframe , since much of the industry currently makes its revenue by acting as a middle man. On December 17 last year’s, R3CEV a consortium of banks ,working on BlockChain standard announced that 42 banks have now joined , including most of the world’s global bank.

WHY BIG BANKS FUNDING THEIR RIVALS

In the age of internet of information , new tech companies have rather quickly garner consumer trust than their financial counterparts. In fact over the last six years , trust in tech firms has almost doubled while consumer trust confidence in the bank has decreased.The biggest question is which one is going to garner trust in longer run existing Financial institution or new digital currency startup.

Financial institutions can’t be sure that they will capture new markets.That’s the reason they are making history by creating consortium of banks as well as funding those startup that seriously challenged their own hegemony. Funding on the blockchain is on rise with VC and financial institutions as well as banks have invested approax $1billion till 2016 in Blockchain based technology and Crypto-Currencies. Dozens of vigorous tech startup have vied with each other to produce next big thing in blockchain based Crypto-Currency. This primarily due to tech innovators believe that BlockChain has a potential to overhaul the way valued is moved in the digital age. BlockChain is already challenging the mainstream business models to not only in interbank payments but equities settlement, insurance , legal industry ( Smart Contract) and Public Governance ( Records ) .

In future with the movement towards more digital based economy ,BlockChain will be new digital ledger to record digitally everything from birth & death Certificates to tittles & ownership , Financial accounts , votes and anything else that can be expressed in codes and important to humans or Mankind. With advent of new technologies like Artificial intelligence , Cloud computing & internet of things will be going to produce billions amount of data points in the near future. This internet of everything need a ledger of everything. Apart from disruptive the financial world, the application and impact of BlockChain in near future is unimaginable at this moment. No one knows what and how much BlockChain holds inside its Pandora Box.