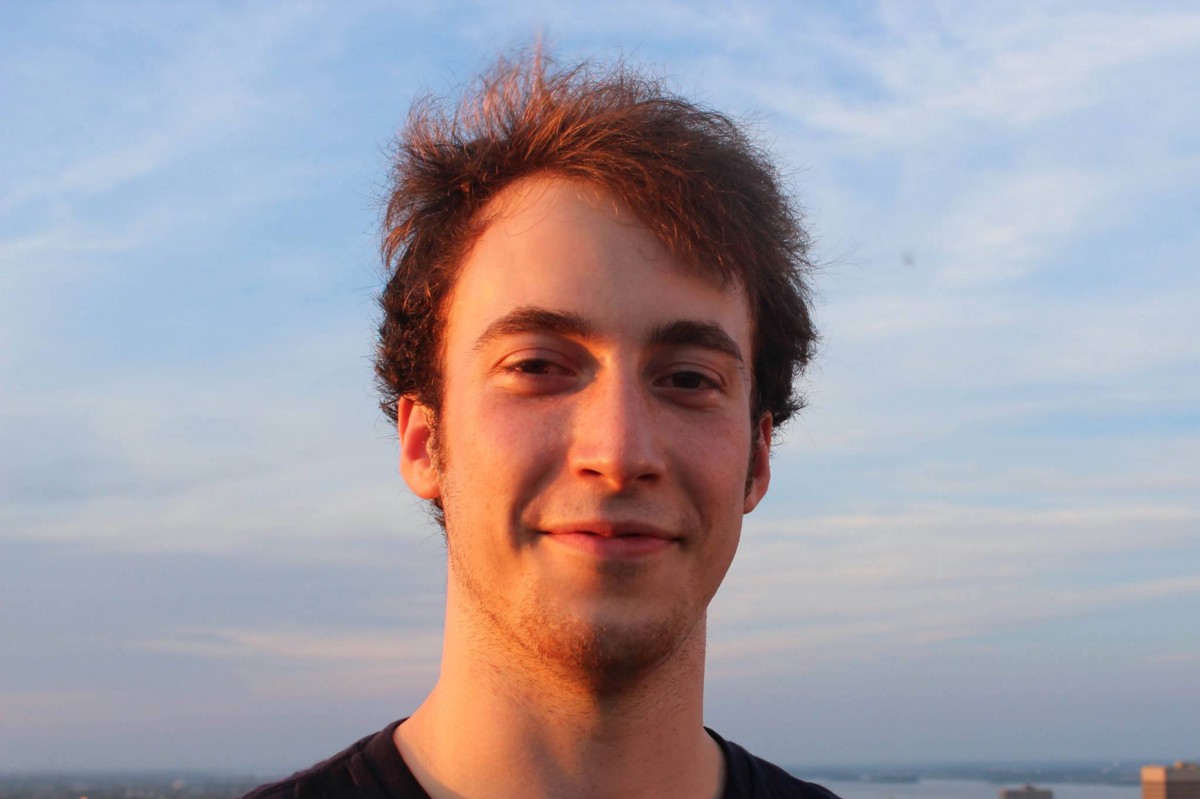 My interview with Michael Gord and his experience scaling MLG Blockchain from just himself to over 50 employees.

I’ve known Michael Gord for a few months now, he’s one of people I’ve met while exploring the blockchain community in Toronto.

Michael’s a really funny person and has been incredibly supportive of young people like me looking for opportunities in the space. I sat down with him a few weeks ago to get some insight on what he’s learned over the last couple of years, while building multiple organizations.

Originally the plan was to meet at his office but after getting lost (and being a little late). We went on a walk to an event one of his employees was speaking at. The conversation took place in a small meeting room of a law firm, and went like this:

Talha: What’s up Michael, thanks again for taking out the time for sitting down today.

Michael: Looking forward to speaking with you.

To kick it off I’ll ask the golden question, when did you first hear about bitcoin or the word blockchain?

I first heard about crypto in 2012 when I was in university, and I didn’t take it seriously until I saw an article by Wired and the Rise of Bitcoin documentary.

Then I saw there were people like Roger Ver, Charlie Shrem, and Erik Voorhees that were so passionate about crypto and so in that they were giving it away to build communities around it. I thought if there were these people who were so involved and so enthusiastic then it was bound to become something big. I wanted to become a part of the change, instead of just waiting for it.

Haha, that’s amazing! I’ve actually heard really funny stories of when you were in university. You told everyone that crypto was going to be the next big thing, and they would call you crazy. What are the friends who missed out saying now?

Ah that was pretty jokes, yeah in the early days when there no use cases for it at the time it was easy to consider that it was not going to materialize or go anywhere. But with that said there were a core group of people globally and around me that believed in the power of a blank slate and the ability to rebuild the world’s financial system and government on top of new and more fair infrastructure. I mean people thought I was crazy in university, but I think some people thought I was so crazy I was on to something. Not everyone is open to taking a leap of faith into something that’s new and untested

So you first heard about blockchain and crypto in university. How did you go from there to now being the Founder and CEO of MLG Blockchain Consulting?

So after I started going down the rabbit hole myself I became convinced that digital currencies and blockchain technology represented the most exciting technological breakthrough of my generation, and maybe the history of the world. So I wanted to tell all my friends about it, and when I first started talking about it no one knew about it or was interested.

So I started the Cryptocurrency Club at McGill University to be able to create a community around me in Montreal of peers who were also interested in blockchain. We were really lucky, the bitcoin embassy at the time was about 2 blocks from where I used to live in Montreal. It allowed us access to the industry as university students, which was often not the case for the universities that weren’t in big cities. So I was really fortunate for that, it allowed us to start collaborate with blockchain clubs at other universities, and help my friends at other universities start blockchain clubs.

Which led me to start Bitcoin Canada to coordinate the national community that was starting to develop on campuses across Canada. I joined forces with the College Cryptocurrency Network at the time, which was a global network of like-minded individuals. Took on a leadership role, rebranded it to the Blockchain Education Network and expanded that network globally.

MLG was just an extension of everything I was already doing in university. After university I had the opportunity and the perfect timing, because when I was already in university there was nobody I knew in the workforce focusing on blockchains, because there were no dollars to be made initially. As soon as I graduated it had become a buzzword and there were a ton of opportunities. So I started MLG, to create a platform for myself and people around to me to take a path in the industry. Since then it’s scaled from starting with a great group of people around me.

That’s crazy, sounds like to me that as a young person in university you spotted a huge opportunity, found your passion, and followed it. Relating more to me, if you could go back in time what advice would you give to your 17-year-old self with the knowledge you have today?

The book that shaped my thinking the most that I read as an 18-year-old, which I would recommend anyone read at any age, but I definitely wish I read it a year earlier when I was your age. Is “Think and Grow Rich” by Napoleon Hill, basically not idea of getting rich literally. The idea that if you get rich mentally you can do whatever you want or whatever you think. When I read this book as an 18-year-old it basically explained to me the power of thoughts and the power of how what you focus on most, and work towards becomes your ultimate reality.

As an 18-year-old I told myself I would travel the world, start and spread businesses with the goal of creating global networks to solve world problems. I wanted to good for the world with a huge business that I would create. This seemed impossible to me as an 18-year-old and to my peers in university, but it was something I told myself I would do, and today is very much the case.

Wow looks like your living the dream then. I’ve actually read Think and Grow Rich myself and I completely agree! In the book Napoleon talks about the fact that if you have a goal, and you maintain persistent thoughts and action towards it. There’s no way it won’t manifest itself into reality. When you were younger what did you dream about? Did you ever imagine yourself as a big CEO or running a giant company or the country?

Not a country actually, I do not want to be public with politics. But yeah I was only ever going to create businesses, and I was going to continue to try to build companies until they scaled.

Changing the topic to scaling companies. You scaled MLG Blockchain Consulting from just yourself to a world wide company with over 50 employees. For any founders who are attempting to scale or will one day scale a company. What are the top 3 lessons you learned that you would give to them?

The first is still from “Think and Grow Rich” — your thoughts are your reality, really focus on where you want your company to be and take actionable steps towards achieving that.

The second is good leadership vs. great leadership. Good leaders are able to do great things while they are there, but if they’re removed from the equation the team is not able to execute with high performance. Great leaders on the other hand inspire their employees and encourage them to become leaders themselves, so if they’re removed the team executes with high performance regardless. Investing into people around me and encouraging people to take higher roles around me while working on things they are excited about. I really believe if you give people the opportunity to excel, with space and autonomy, then they will excel.

Lastly I would say is having a great culture is really important. Your team is your greatest asset, if you treat your team well and you give them opportunities to excel. Then they’ll want to stay at the company, and will work the extra minute, or hour, or day for whatever is needed for the benefit of the group. If the culture is bad and you continually need to replace people, then I think that complicates scaling significantly.

So for sure while scaling companies, founders always run into issues. What are the biggest challenges you’ve run into while growing MLG, and how have you gotten over them?

I just got hacked so that’s not good, really upped my security a lot after that. Nothing really valuable for the company, just personal stuff but it’s a problem.

Second is, starting a business is roller coaster. People say that a bunch but it’s definitely factual. When you’re on a high it’s important to consider that the present situation will not always be the case, and to be cognizant of Black Swan’s in the industry. Everyday industry dynamics or global dynamics could change overnight, so you need to be prepared. I think this is the biggest lesson to remember.

What do the next 6 to 12 months look like for you and for MLG?

So for the next 6–12 months what I’m thinking about and working towards is to be able to identify the best blockchain projects in the industry. I would love in 6 months or by the end of next year to secure them as much capital as they need from a global network of investors as soon as they’re ready.

Well that wraps it up from me, thanks again so much for taking the time out and doing this!

You can find more information about Michael Gord on his LinkedIn.