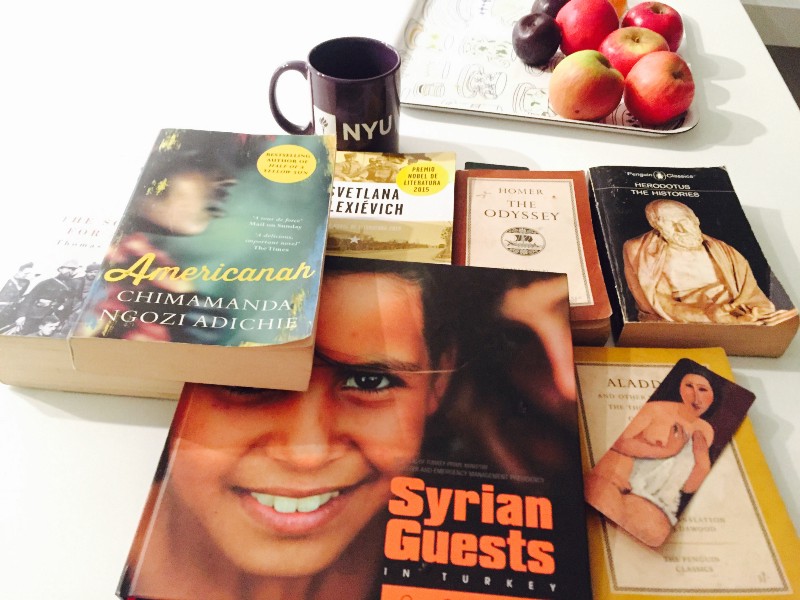 Starting this journal is long overdue and I was trying to convince myself over a few months already that I have to start writing reflections. But today I had a special “aha moment”. I just returned from the weekend to Helsinki where I attended the kick-off conference for Open Russia in Europe — new civil society movement in Russia led by M.B Khodorkovsky.

In the elevated spirits after the conference, I pulled out from my folders the oped that I wrote back in September 2014 — three days after the inaugural online launch of that movement. And it strikes me that the “incantation” that I created — at the time I did not even anticipate moving to another side of the Atlantic — 2 years later realized into my actual participation. Tony Robbins would call it “reticular activating system”. Exciting, isn’t it?

So I then looked at the other pieces of writing I had during my lifetime in NYU, UNU or even back in Finance Academy in Moscow. All of them — in one way or another — formed a vision of what I do and/or aspire to do.

This one is actually from the Bible.

Frankly, I feel that this whole post aims to justify that I write at all — because “it is so not me”. I come from the technical background, moving from the financial track to international development, and never I felt that I would rather be in the place of “fuzzy” writing or academia.

But here is the deal. Back in 2008 graduating with Bachelors of Economics I wrote about due diligence in Telecommunication sector, and ended up years later serving the Telecommunications investment active holding in acquiring assets all over Russia.

Then, in UN University in Tokyo, with a nascent belief in market-based approaches, I wrote a paper on private sector development. In 2013 for my UN class in NYU, I further developed the topic into UN collaboration with the private sector. Interestingly, I wrote about the very initiative I currently work for in UN Development.

What else. For Politics of International Development class for John Gershman I once wrote a policy paper focusing on the Turkey’s Syrian refugees influx response, highlighting recently and “eventually” passed Turkish migration law. Little I knew that I would end up living in Turkey in 2016 with the individual project converging around issues of refugees and employment opportunities for them.

Finally, the whole “blockchain” piece. Back in 2014 I wrote for NYU’s Stern class on bitcoin — at the time the purpose was to only bring some business acumen into my ex-boyfriend’s business endeavor, but I ended up championing the technology breakthrough — left, right and center — as a payment mechanism for digital jobs and for the digital identity in humanitarian payments. Yet — this is to fully realize, I hope in my future work.

“In life you need either inspiration or desperation.”

I am not a “generalist” by nature, and it takes a huge effort for me to move from a “blank page syndrome”. As such when I wrote about transnational activism — 2 page political science class oped — I read the whole history from Mohamed Bouazizi to Lybia: the rise and fall of Qadaffi. Similarly, for me to figure out the anthropological cause of Syrian migration to Turkish Hatay and Sanliurfa in Turkey — just to submit a paper of 3000 words length — I read the history of Arabs by Peter Mansfield from 1976, as well as whole range of books from Achaemenid Empire to Arab revolts and Sikes-Picot. I wish my teachers knew why I was late on submissions. Luckily, I am still fascinated by the Middle East history but without an academic pressure I am just reading about Aladdin and his enchanting lamp or stories from medieval Baghdad. And for bitcoin paper — beyond books I also traded a few bitcoins worth of a couple thousand dollars at the time — to only get “C” in the NYU Business School.

But after all, I am thankful for this learning and should, at the minimum, reflect and capture all in this blog. Before I forget my NYU student passwords or loose all my hard drives with writings over time.

Now, when my life is again at its turning point, and I am seeking the new challenges all over again…And the last thing I want is to embark into academia or any formal study, I should at least push and write for myself now. Here.

I will start with the things that I already have written in the past. I would make some changes though because in my perception of things — I must admit — often I was delusional. Then, I will write about the new envisioned endeavors: cash-based interventions, skills development and employment, livelihoods for displaced and reflect on my recent visits to Lebanon, Jordan and travels across ancient Antioch. Lets hope one day — those too will materialize.

Welcome to my blog,

Trading – Blockchain and the Big-Banks — #2