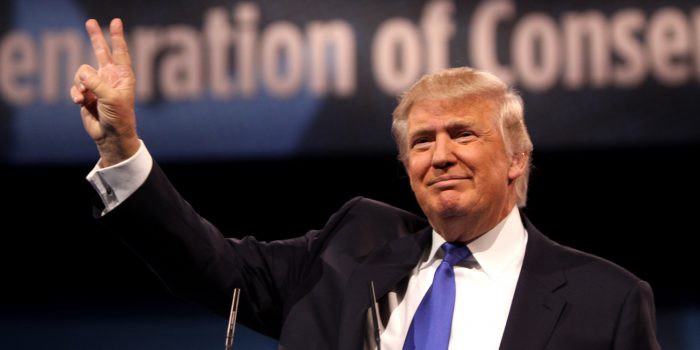 Since the US election, international trade has been right at the top of the Trump agenda, through taking an ‘America First’ stance, in partnership with tax reform, in a bid to boost economic growth. To put some numbers forward, the CNBC Fed Survey, which poses questions to top fund managers, economists and strategists, found that 75–95% of participants have positive views on Trump’s tax stance, but 83% have negative views of his trade agenda.

Trump’s proposals will have a historic effect on the US economy and world trade, and that naturally changes the foreign exchange market before anything else, closely followed by global equites, credit and rates. As FX is so heavily affected by the macro environment, itself dominated by what happens with global trade, these ‘macro drivers’ will be the primary focus of this article, followed by an outline of which currencies to put on the watch list.

US Protectionism and the Drivers of Opportunity

US protectionism is currently being driven by policy and trade agreement changes. The US has a number of trade agreements with other countries, including NAFTA and the TPP (Trans-Pacific Partnership), the latter of which the US left on January 23rd 2017.

Leaving the TPP was a particularly historic move for the US and this will definitely be something which contributes to change. The US originally joined the TPP to stop Chinese dominance in South East Asia and ASEAN, and to gain a geographical pivot towards the region.

Furthermore, the US had voting rights on topics within the partnership such as pollution, anti-dumping and currency manipulation, which would have acted as a way to influence sustainable growth. But, with the US now no longer a part of this, the region may see a push towards unsustainable growth.

It is now thought that, in spite of Australia’s efforts to bring in a ‘TPP -1’ partnership (in which all countries excluding the US continue working together) China will use its position as the most influential trader in the region to push forward its own trade partnerships such as RCEP (Regional Comprehensive Economic Partnership). The difference now is that they will focus almost entirely on trade and economics, with little consideration for sustainable governance.

Further issues to rise from American policy is that the ‘America First’ logic may cause other countries to follow suit and commence a trade war, damaging global trade and therefore global GDP growth. This would be particularly harmful for ASEAN countries for whom a large proportion of GDP is derived from exports: for Taiwan, for example, the figure is 55%, South Korea, 38%, and many emerging markets, around 45%. Issues with export-reliant countries is something that is reflected in America as well, specifically with NAFTA. 80% of Mexico’s exports go to the US, which makes up 25% of its GDP.

If exports suddenly decrease dramatically, this has a significant negative effect on the value of a country’s currency, due to a strong decrease in the balance of payments. Furthermore, countries that rely on exports for GDP growth could then see economic recessions, leading to many further issues that inflict downward pressure on FX rates, such as deflation and decreased interest rates.

Until now, exports have been mentioned in a very general sense. This is, however, not the reality: exports can be in both goods and services — and within these two categories, certain things may not be as severely affected by protectionism.

An example of this is with commodities. If the US does not have these in abundance, there is a reliance on other countries for materials used in the manufacturing of consumer goods of. This is enough of a reason for the US to not introduce a tariff on these commodities as the increased cost will have to be passed on to the consumer in the form of increased consumer goods prices, having a negative effect on US output, and, ultimately, US GDP growth.

Likewise with supply chains: countries exporting supply chain goods that are used in manufacturing US products on US soil will also most likely not be taxed significantly, as this would again be detrimental to US consumer goods prices. The same is also true for US companies that have moved manufacturing overseas, for example to India or China: there will be a knock-on effect for the price of their goods if imports become taxed across the board.

The above considerations must all be taken into account when assessing the potential policy changes and ultimately their effects on FX.

Using the above outlined macro drivers, it’s initially possible to outline some countries whose currencies will immediately see upward or downward movements as a result of Trump bringing in an import tax.

Having previously mentioned countries in Asia, immediate targets would be countries such as Japan and Korea who export electronics and automobiles, amongst other things. A tariff on these goods makes them more expensive, naturally reducing exports from these countries. The FX effect of this is a weakening of the yen and won against the dollar.

Furthermore, in the longer term, the economic slowdown in China that could come from its reduced exports to the US through a reported 45% tariff will have further negative effects on surrounding trading partners in East and South-East Asia. A notable large economy outside this area who would also fall into this category is Australia.

Not only is the US Australia’s 4th largest trading partner, but over 30% of Aussie trade is aimed at China in the form of commodities. Chinese recession combined with falling US demand for Chinese exports would be reflected in reduced imports of Aussie commodities to China and ultimately a weakening of the Australian dollar.

It was previously mentioned that 25% of Mexico’s GDP is made up of trade with the America. An import tax on Mexican products would be disastrous for the Mexican peso. However, many of these exports are products manufactured for American corporates, so a tax would have a negative impact on US consumers, as the cost would ultimately be passed on to them. For this reason, the peso’s ultimate collapse will take slightly longer, happening via the closure of Mexican factories.

In terms of countries which may not be hit as badly by an import tax, it’s necessary to look for those whose exports are either not directed at the US, or for those countries whose exports the US relies upon — either in the form of commodities that the US does not possess, or supply-chain or component goods that are used in the consumer goods manufacturing process of US products.

An example of this is South Africa. Their exports to the US are primarily metals, precious metals and supply-chain goods, all of which are used in the manufacturing process for US consumer goods manufactured either in the US or in Asia. Either way, a tariff on such things would have an immediate knock-on effect of increased costs for US companies producing the end products, something which would either erode margins or be passed on to the consumer.

On the consumer side, US goods would then become less attractive compared to cheaper foreign equivalents which does nothing for internalising US demand.

For all of the cases outlined, there are a number of other currencies which would be equally as affected, however this article was intended to provide an initial examination of the macro drivers at the front-line of a Trump import tax under US protectionist policies.

A final thought to consider is what happens in other markets when the outlined effects to FX take place. More trading opportunities will arise when large FX movements have just happened: if the Japanese yen tumbles, for example, Japanese equities would suddenly become cheaper for foreign investors. This means that after an initial Nikkei fall, certain stocks would become a bargain for foreign fund managers, above all if the companies in question offer goods or services not threatened by US protectionist measures. The same would go for any other country whose currency would fall against the dollar.

Trading – A Guide To Vape, Cannabis And Cryptocurrency Coins