Home Digital Business Mag VPN : Can Bitcoin Be Destroyed? And How? 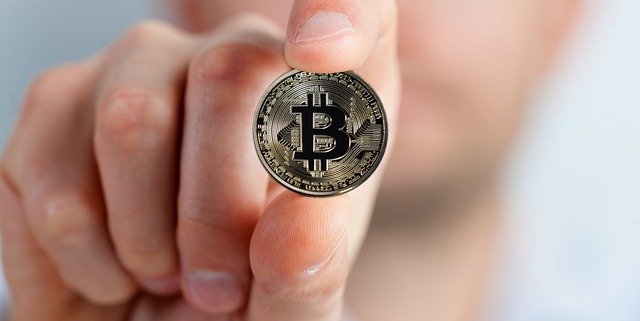 Can Bitcoin Be Destroyed? And How?

Bitcoin is a peer-to-peer network that isn’t controlled by a central body. It’s an online currency and the transactions are made without the involvement of banks. You can use them to purchase services and items online anonymously. You can add Bitcoins in a digital wallet. Standing close to $70 billion, it’s a huge name and is definitely not easy to shut down.

How to Stop Bitcoin

Definitely not easy, but also not entirely impossible, there are certain things that could stop Bitcoin.

Destroying Everything Along the Way

Since Bitcoin is an online currency, if the governments decide the stop the internet, they can easily wipe off Bitcoin. In fact, they can wipe off most of the other banking as well because most of it is online these days. There is another question that comes into play here – how do you shut the internet down? There has to be a high-level collaboration between governments and big industries. And this would bring down the economies of the countries as well, so it’s definitely not a viable solution.

Bitcoin miners are people who solve crypto hash functions to get rewarded with Bitcoin. These people have special computer programs that solve difficult encrypted messages. If these miners could be shut down, no more Bitcoins will be generated, which could bring down the system. While it might be possible to shut down some visible miners, it would mean less competition and thus more profit for hidden miners. If the government attempts to shut down miners, the possible outcome will be miners hiding behind VPNs to mine more.

It’s difficult to crack down on people who trade in Bitcoin because of its anonymous nature. People can trade and deal in this cryptocurrency without revealing their information. The maximum control a government can exercise is not allowing people to use Bitcoins in purchasing things online. China just made all virtual currency illegal which means you cannot trade Bitcoin openly in China. However, it will still be used in buying illegal things such as drugs.

One way to destroy Bitcoin is by making it worthless for people to participate in mining. Anyone can participate anonymously in Bitcoin mining. If the blocks are filled with invalid transactions, miners will just be mining empty blocks. With empty blocks, the blockchain couldn’t be used to transact, and without transactions, the Bitcoin system will fail. The longest blockchain is accepted to be valid and so if an organization takes control over more than half the hashing power and creates a blockchain of empty blocks that is longer than the currently prevailing chain of genuine miners, Bitcoin will come to a halt. This is the only possible way to destroy Bitcoin.

How to Create an Empty Blockchain

Here’s how you can slowly destroy Bitcoin.

Each Bitcoin block has a maximum size of 1MB. There is 1 block generated every 10 minutes. The total hash power of the Bitcoin network is about 5.7X10 to the power of (18) each second. To create a blockchain of empty blocks, you’d need more than 50% of the total computing power. As more miners try to mine Bitcoin, it will become more difficult. And as it will start becoming unprofitable, it will become easier to take over the network. To get the attack started, you would need more than $400 million.

Bitcoin uses a lot of electricity but it is still smaller than the power consumption of a small city, so it can be easily possible. To make sure the Bitcoin miners keep working, you would need about $190 million per year to keep the Bitcoin blocks empty. The attack needs to keep going until most miners collapse.

The problem with such an attack is that you might have control over Bitcoin, but since the Bitcoin network will be dead after the attack, there will be no value of the currency you have. So basically, all the money you spend will be wasted and will not generate any ROI. A big organization might not want to invest in the attack as it would mean losing a large chunk of their shares. It could be taken down by the collaboration of governments.

What if Someone Plans This Attack?

What if a group of governments actually do carry out such an attack? Can the Bitcoin community do something about it? To keep themselves safe, the community could require all miners to have transactions in each block. Of course, the attacker could add bogus transactions between Bitcoins. Sooner or later, the proof-of-work algorithm of Bitcoin will have to be changed to keep the system going and to stay protected from such an attack. Let’s see who wins in Bitcoin v/s big government.

It is not about the exponential growth!

Why Human-Centered Businesses Are The Future of Work