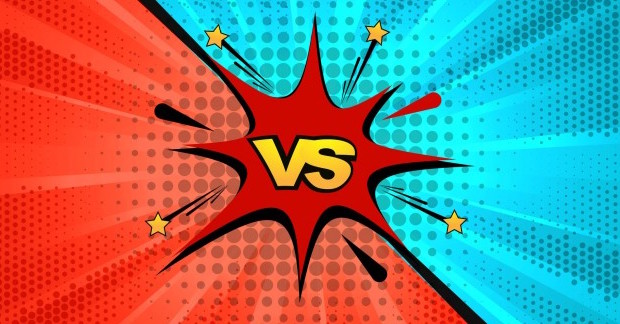 NordVPN and ExpressVPN are two of the most well known VPN providers in the market, owing to the fact that they’ve been around for years, and by now they know what most customers are looking for in a reliable provider. There’s a thin line that separates the two in terms of quality and service delivered, so we’re going to be looking at all the areas of interest while comparing these two so that you know exactly what you’ll be going for when you choose either one. Let’s take a look at our ExpressVPN vs NordVPN comparison guide then.

The first element we’re going to take a look at is pricing. NordVPN has done a lot to keep its prices affordable and still offer value. ExpressVPN on the other hand offers exemplary service, at a fairly high price. Nonetheless, both services allow payment through diverse means such as Paypal, Bitcoin and all the major credit card brands. ExpressVPN offers its customers up to 16 options to pay for their credit cards, while NordVPN offers a decent 8. Compared to ExpressVPN, NordVPN is 8% cheaper on their monthly offer at $11.95, 30% cheaper on their semi-annual plan at $7.00, and 31% cheaper on its annual subscription charge that goes for $5.75.

Both services spot the 30-day money back guarantee, so you’re encouraged to test out the services first before deciding which one to subscribe to.

The backbone of most service based firms is often formed or determined by their quality of customer service. NordVPN and ExpressVPN both have teams that consist of professionals who go the extra mile to ensure all their customer’s needs and problems are sorted out as quickly as possible. They both have chat options that are accessible 24/7, and they do respond promptly to emails.

Their websites also offer a lot of information in the form of FAQ for their customers to go through and try to solve their problems themselves. The one thing that sets the two apart in terms of customer service is that NordVPN has a vibrant social media presence through which customers can utilize to get answers to any of their problems or issues.

If you do the math, you’ll figure out that NordVPN’s speed reduction was considerably less compared to that of ExpressVPN, meaning the former is the better option if you’re looking for a VPN with high speed connectivity.

It shouldn’t come as a surprise that both services, being top notch providers, support all the popular device platforms you can think of. They’ll both work well on iOS, Linux, MacOS and Windows platforms. NordVPN however seems to be the only one between the two that extends support to BlackBerry users, so because of that, they rank better than ExpressVPN in terms of device support.

With ExpressVPN boasting of 145 server locations in over 94 countries, and NordVPN standing stall at 951 server locations in more than 57 countries, you’d expect that both providers would be spot on with feedback regarding which servers you’d be connected to. Funny enough, they both had a small issue when it came to distinguishing which server I specifically wanted to connect to. The Australian server I selected with NordVPN showed that I had actually connected to a server in the UK. I observed the same with ExpressVPN, since having selected a server in Los Angeles, the feedback I got showed that I’d connected to two servers in both Delaware and Los Angeles, at the very same time. The results I got from these two services were quite interesting, especially since none of them proved to be better than the other.

DNS leak tests are conducted to determine whether your DNS requests are being leaked. The tests are done through a number of websites to determine whether or not it’s happening, and the number of servers detected. Before either VPNs were turned on, the sites showed that there were a couple of DNS leaks already. After either VPNs were turned on, there were no servers being displayed for both, meaning the providers work well to prevent any DNS leaks.

The VPN protocols used by both providers are pretty much the same, with both offering 256 encryption using OpenVPN, PPTP, IPSec as well as L2TP. The unique ones are only the IKEv2/IPsec protocol offered by NordVPN and the SSTP protocol offered by ExpressVPN.

The one advantage that NordVPN users will get to enjoy is the various server types that the server has at its disposal. NordVPN offers Onion Over VPN, Anti-DDOS, Double VPN, P2P, Standard Servers and Ultra Fast TV to its customers who are a bit more knowledgeable about how VPNs work and know exactly how they want to benefit from using it.

ExpressVPN vs NordVPN – The Verdict

There’s no doubt that both these VPN service providers are two of the best available. Dare I say they are the top two VPNs of 2017. ExpressVPN slightly edges it for us, but NordVPN is pushover either. You simply cannot go wrong here, regardless of which VPN you end up choosing.

VPN : Kaspersky vs Norton – Which Is Better for Internet...