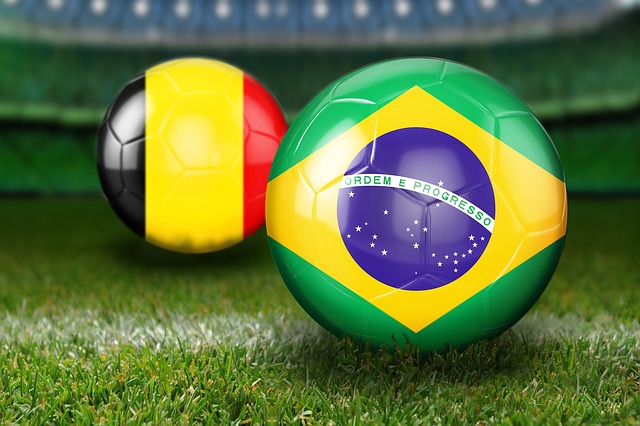 How to Watch Brazil vs Belgium 2018 World Cup Quarterfinal Live Online on PC, Mac, Android, Apple TV, iOS, PS4, Xbox One, FireStick, or Roku? If there’s one thing that the Russia World Cup has shown us, it’s how unpredictable football can be. Now that most of the major history-making teams are out of the tournament, we are left with the five-time World Cup winners Brazil, who will face off against the very impressive Belgium in the second quarter-final today. It’s a World Cup match you wouldn’t want to miss, so you better make sure you have all the channels streaming the big game. In the guide below, we’ll tell you where and how you can watch Brazil vs Belgium in the USA, UK, Canada, and Australia live online.

Powerhouses Brazil, with Neymar in the lead, has a reputation to maintain, and ambitious Belgium with Romelu Lukaku have some big shoes to fill coming off an unexpected win against Japan. Winning their third straight match with a 2-0 win against Mexico, Brazil has proved to be a fierce competitor. But then again Belgium scored in the dying seconds of the match just when everyone thought Japan was victorious. Brazil and Belgium have met on the field before for they have played each other four times. Brazil has won three of those matches, and Belgium won the first back in 1963.

How to Watch Brazil vs Belgium Live in the UK

In the United Kingdom, ITV will be broadcasting Brazil vs Belgium game live, online for free in HD. Ever since the  2018 World Cup started, BBC iPlayer and ITV have been sharing the FIFA World Cup broadcasting duties in the UK. Both of these channels are free and available on all major streaming devices such as XBox One, PS4, Apple TV, Now TV Box, Android, iOS, and selected Smart TVs.

In order for British expats to watch BBC and ITV overseas, they’ll have to get those two channels unblocked. That is possible through the use of a VPN, and a good one would be ExpresssVPN. Signing up for one would grant you a new IP address that would help you bypass geo-restrictions of all kinds.

How to Watch Brazil vs Belgium Live in the US

You can watch the World Cup’s second quarter-final on Fox Sports Go, NBC Sports, or FuboTV live online. Keep in mind that Fox and NBC require a cable subscription. If you already have one, then all you have to do is log into the Fox Sports app or website on your PC, Mac, Android, iPhone, iPad, or FireStick, and stream the match online.

If you’re a cord-cutter, you can sign up with Fubo TV in order to watch Brazil vs Belgium live online. FuboTV is a stand-alone sports streaming service that provides coverage of all major the sports events including this Russia World Cup 2018. This channel’s apps are available on all major streaming platforms including iOS, Android, Apple TV, Roku, and FireStick and it offers a 7-day free trial.

However, if you’re outside the US, you won’t be able to access any of these channels due to geo restrictions. So if you’re an American expat living abroad, you need to use a VPN such as ExpressVPN to unblock all your favorite US sports channels.

How to Watch Brazil vs Belgium Live in Australia

SBS On Demand and Optus Sport are two channels that will be broadcasting the game live in Australia. You wouldn’t have to miss the game with any of these two channels. They are both Australian online streaming services that offer a wide range of sports content both in terms of quality and quantity. Optus Sports did experience a few technical issues during the beginning of most of the World Cup games, but luckily they were shown on SBS online for free.

How to Watch Brazil vs. Belgium Live and Online

The two talented teams are going into the match with all the confidence in the world, and will undoubtedly leave everything out on the floor. We don’t know what to expect, but we’re sure that both Brazil and Belgium will deliver strong performances and create memorable action-packed moments. Here’s all you need to know about today’s match:

Which team will advance to the semi-finals in the 2018 Russia World Cup? Which team will face Uruguay or France? Will Casemiro’s absence weaken Brazil’s defense? Will injury free Belgium get the upper hand on Neymar’s injury play-acting skills? Anything can happen in football, that’s why you shouldn’t take your eyes off the TV. But to keep up with the action and be able to cheer for the team you’re rooting for, you need to make sure the channels streaming the World Cup matches are at your disposal.