Home Digital Business Mag VPN : VPN Cascading – What Is It & How Does It... 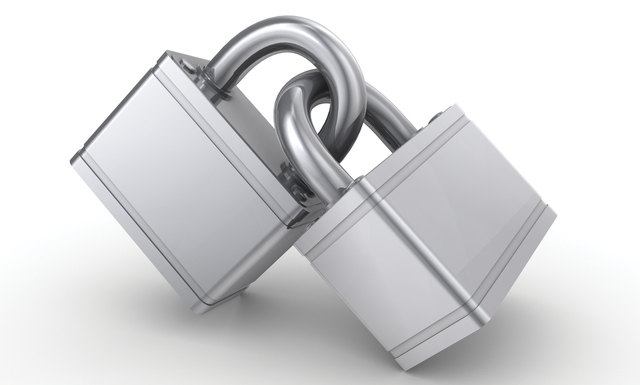 A VPN is one of the easiest and most effective means of staying secure on the internet. But is one VPN enough to prevent a hacker from penetrating your secure space? Maybe. If you’re an average user, a regular VPN will be enough, but not if you live in a repressive country. In some countries, bloggers are openly massacred and gay people are sentenced to death. If leaked details could lead to a death penalty, you need to make sure you have the strongest security. As technology evolves and hackers gain more sophisticated tools, the call is now for more advanced and secure data encryption processes. There may come a day when we can get a truly impenetrable data encryption system, but today is not that day. For the moment, you will have to use the technology at hand. On that note, let us talk about VPN cascading.

VPN Cascading – What Is It & How Does It Work?

What is VPN Cascading?

VPN cascading refers to the process of introducing multi-tunnels to a single encrypted data tunnel between any given number of systems or computers. In essence, it refers to the process of using several VPNs to route the data from one computer to another. So, we are, in effect, adopting a multi-level encryption system to further secure our data and send it through to the intended recipient. Instead of travelling through one VPN server, your Internet traffic basically passes through two, three, or even more. VPN service providers like NordVPN call this feature “Double VPN”. Let’s break it down to understand it further.

How Does VPN Cascading Work?

VPN cascading is basically like wearing multiple layers of clothing to protect from the weather. Now, if it is sunny outside, then you can just don any shirt and go out. But if it is zero degrees wind chill, then you better get some added layers of clothing to protect against it. VPN cascading works on the exact same premise. By routing your data through different levels of encryption and servers, it basically provides you and your data enhanced safety and security.  So to utilize VPN cascading, you will need to connect with two or more VPN servers and then route the data through them on to your intended recipient.

Are There Any Drawbacks of VPN Cascading?

While VPN cascading is a simple yet effective means of securing and encrypting your data, it does come with a small but significant drawback. If you know something about VPNs then you know that the strength of a VPN is dependent upon your distance from a server. So, if VPN1 is located in New York and you live in Los Angeles, then naturally the strength of VPN1 is going to be much lesser than a VPN right in your city. This is called the latency effect. If you don’t know what that is, then just understand that the further away the VPN server you are using is from you, the more time it will take for the data to reach you. This means that if you add more layers of encryption, then the data is going to take that much longer to get transmitted because of the multiple encryption protocols that it has to go through to complete its journey. This slows down data transfer speeds.

However, this should not be a major concern for users. With internet connectivity getting better and better every day and high-speed portable internet becoming a global phenomenon, it should not be a problem for people to use VPN cascading and still enjoy a reasonably good connection. If you have high-speed internet and are in need of multiple-layers of data encryption, VPN cascading is the way to go for you.

Is There a Way to Use VPN Cascading and Still Not Endure Latency?

Yes! VPN cascading can be made very effective simply by making use of servers that are closer to you to connect to a most distant one. So for example, if you are sitting in LA and VPN 1 is in New York, then you can connect to another VPN server in LA first. Let’s call this one VPN 2. Once you have a secure connection, use this server to connect with the one in New York. It would also be very useful to connect with other VPN servers in the middle and use them to reroute your data on towards its final destination. By doing this, you can enjoy multiple levels of data encryption which are going to be next to impossible to hack for someone and still retain a very fast internet connection.

Do I need VPN Cascading?

Let’s be direct. VPN cascading is a great way of securing your data and ensuring that no one but your trusted confidantes has access to it. However, if you want that vastly superior security and even an assurance that your data is secure, then you will have to risk the latency factor. Nevertheless, by using the method we have just mentioned above you can minimize the latency effect. The only problem for this is that it is going to cost you a little more money.

Now, if you are particularly conscious about your online privacy or need to send sensitive documents and data to other parties, then VPN cascading is the best way for you to ensure that this information does not fall into the wrong hands. So VPN cascading is ideal for any number of internet users like financial institutions, businesses, and even private individuals looking for secure surfing and downloads. If you’re just a regular guy who doesn’t have much to hide, a regular VPN connection will work.

In the end, it is just a matter of how secure you want to be and how much effort you are willing to put in to ensure that.