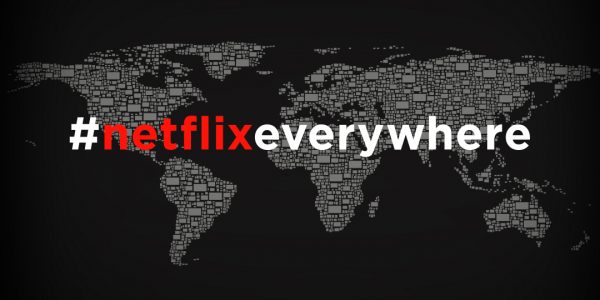 Getting the Netflix proxy error? Wondering how to bypass the Netflix VPN block? Netflix has been clamping down on VPN providers like Hola, IPVanish, TorGuard, NordVPN, PIA, HideMyAss, and VyprVPN. Netflix simply wants to stop these services from allowing you to change your Netflix region to USA. “You seem to be using an unblocker or proxy.” is the Netflix proxy error message you get. So, is there a Netflix VPN block workaround? In other words, is there a Netflix VPN Working in 2018? Fortunately, yes. You can still use ExpressVPN to watch American Netflix outside USA on your PC, Mac, Android, iOS, Apple TV, PS4, Xbox One, Smart TV, Roku, or even Amazon Fire Stick.

At the beginning of February 2016, Netflix users who were using VPN or Smart DNS to unblock American Netflix outside the USA started to get the infamous Netflix proxy error. “You seem to be using an unblocker or proxy. Please turn off any of these services and try again.”  Ever since then, unblocking American Netflix outside the USA has become increasingly difficult. There are two workarounds for the Netflix proxy error. You can simply stop using VPN/Smart DNS and watch your local Netflix region. On the other hand, you can subscribe to a VPN that still allows you to change Netflix regions.

Signing up with different VPN providers and testing them in hope one of them still works with Netflix can be a gruesome, time-consuming, and expensive procedure. Before you decide to sign up with a VPN service, make sure that they clearly state their refund policy. That way you can get your money back in case things do not work out for you.

I’m constantly testing VPN providers to see which of them actually still work with Netflix. So far, ExpressVPN has been the only one which has consistently allowed me to change my Netflix region to USA.

Here’s a list of all VPN service providers that currently still allow you to change your Netflix region to the USA.

Should I Switch to Smart DNS Proxies to Watch American Netflix Abroad?

The answer to that question is ‘No’. None of the Smart DNS proxy services we have tested were working with Netflix. We’ve tested quite a lot of them, too. Unlocator, Unblock-Us, Unotelly, and Overplay all failed to deliver when it comes to unblocking USA Netflix in UK, Canada, Australia, or elsewhere abroad. So, stick with VPN for now.

While Smart DNS services like Unblock-Us and Unotelly are struggling to keep up with Netflix’s blocks, VPN providers still seem to have the upper hand in Netflix’s ongoing war against unblockers and proxies. ExpressVPN is one of the few services out there which still allows you to watch American Netflix outside the USA. Have you tried using any of the VPN service providers we have suggested about to switch your Netflix region? Did you run into any problems? Share your experience with us by leaving a comment below.

VPN : Why You Should Use a VPN when Traveling Abroad