Home Social Media Snapchat What Does The Cherry Mean On Snapchat? 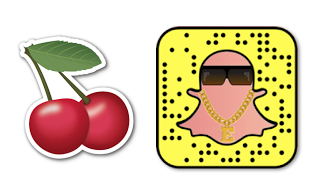 This reminds us how much teens love Snapchat. Mark Zuckerberg should try to buy the app again. In 2013, Snapchat’s founder, Evan Spiegel, turned down a $3 billion offer from Zuckerberg. Spiegel is fully aware of Snapchat’s true value. Although many companies are starting to use the app, teens are still in full control.

What Does The Cherry Mean On Snapchat?

In the words of Will Smith: “Parents just don’t understand.” While parents around the world use Facebook, Twitter and Instagram, there are not many that use Snapchat. The app can only be used on mobile devices, making it less user-friendly for parents and older users. Teens love mobile devices and don’t mind being on their cell phones all day.

Facebook and Instagram have become marketplaces for businesses to torture you with advertisements. Twitter is trying to stay relevant while Snapchat thrives. Teenagers are proud to use the app since many of them have been using it since day one.